El Greco's "Dormition of the Virgin" Travels to Toledo 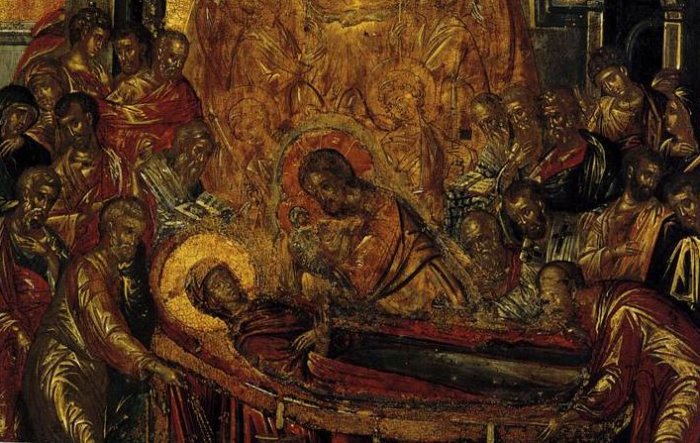 The “Dormition of the Virgin,” an El Greco’s work from his youth, which adorns the church on the Greek island of Syros is expected to travel from Greece to Toledo in Spain in order to be included in the exhibition, titled “The Greek of Toledo,” organized for the occasion of the 400 years since his death.
The exhibition will take place in the Santa Cruz Museum of Toledo from March 14 to June 14 for the occasion of the “El Greco Year 2014.” It is expected to be the biggest exhibition ever to be organized in honor of a Greek artist as a total of 75 paintings from major museums around the world, including the Metropolitan Museum of New York, Washington’s National Gallery and the Museo Nacional del Prado, will be exhibited.
Visitors of the Spanish city will have the chance to admire the works of Dominicos Theotokopoulos, as his real name was, in other locations in Toledo outside the museum, known as “El Greco’s Venues,” places where the painter had worked. These include the Vestry of Toledo Cathedral, the Chapel of San José, the Convent of Santo Domingo el Antiguo, the Church of Santo Tomé and the Tavera Hospital.
However, the painting will be back in Syros for the Greek Orthodox Easter Day on April 20, since it will remain in Spain for about one month.
This painting is one of the early works of El Greco, created between 1562 and 1564 while he was still in Crete, Greece.