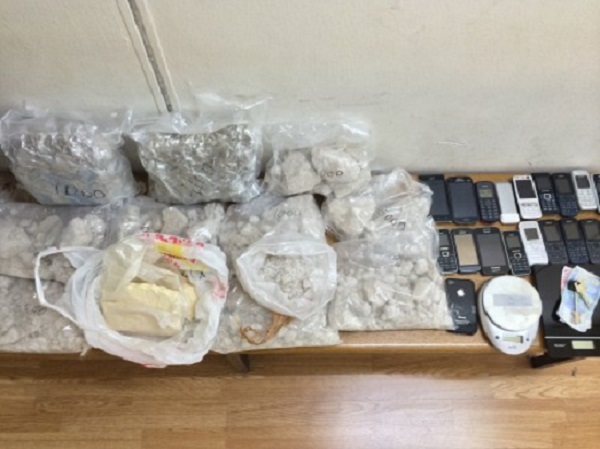 The suppression of an organized crime ring that was smuggling crystalline cocaine and MDMA pills has shocked Greece and is likely to create many problems for socialites in Athens. Two of the arrested members were part of Athens’ night life and had many contacts in Greek high society.
According to the Drug Enforcement Administration in Attica, Greek police found and seized 8,500 kg of MDMA, a purely synthetic drug more potent than cocaine that acts similarly to “Ecstasy.” Meanwhile, a 43-year-old Greek businessman who is a German citizen, a 40-year-old cheerleader who would hide the drugs in her apartment in Nea Smyrni, Athens and a 40-year-old man who previously had problems with law enforcement, were arrested on charges of possession and drug trafficking.
A Drug Enforcement Administration investigation showed that the drugs were smuggled in the country by the Greek businessman from Germany and they were kept in the 40-year-old man’s mansion in Kefalari, Greece.
The 40-year female was a cheerleader for one of the well-known basketball teams in Attica. She was a sort of public relations person for the crime ring, pushing the drugs in big Athens’ clubs. She was working with the 40-year-old man from Kefalari and together they opened many doors to Athens’ high society.
Greek police seized their mobile phones after the arrest and found a large list of names of famous socialites in Athens, even some models. The possibility that this is essentially an informal clientele list is being investigated.
The MDMA trafficking was done with luxurious cars, so the “pushers” would not draw any suspicion from authorities.
The total value of the drugs seized by Greek police was estimated at 1,000,000 euros. The three people arrested will make their plea before a magistrate on Friday, February 28.