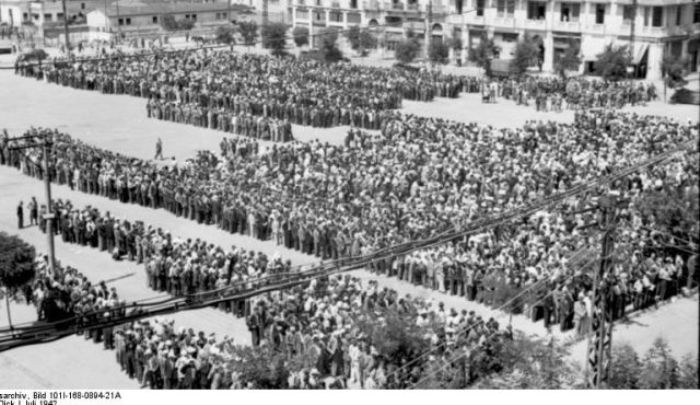 On Wednesday, Germany rejected the claim of Thessaloniki’s Greek Jewish Community  regarding the return of a ransom which appears to have been paid during the Nazi occupation of Greece in World War II.

A German official of the finance ministry stated that there are no new developments and all these claims have been addressed. The ransom paid to Germany was meant to free about 9,000 Jewish men of Thessaloniki between the ages of 18-45 who were forced to labor when the German Nazis took control of the city in 1942.

The city’s Jewish community said on Tuesday, that it had sued Germany at the European Court of Human Rights for compensation over a forced ransom paid to Nazi occupation forces.

The total amount of money paid to Germans before they started transporting Jews from Thessaloniki to concentration camps was 1.9 billion drachmas which converts to about 69 million dollars. Eventually, more than 49,000 Jews of Thessaloniki were deported and only less than 2,000 survived.

The German official of the finance ministry said that Germany, no matter what the court’s decision was, looks forward to the possibility of working along with Thessaloniki’s Jewish community. After all, he said, the German state has shown remarkable awareness of its historical responsibility concerning Nazi crimes during the World War II.

Greece over the last few years has strongly claimed war reparations from Germany, as it was one of the countries forced to accept unfavorable terms during the negotiations with Germany back in 1950s.