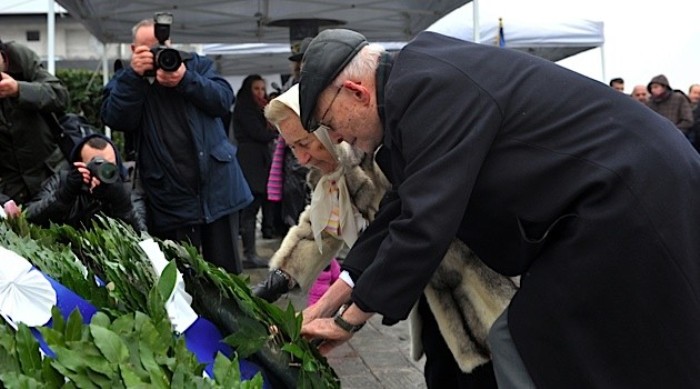 The Greek Jewish community of Thessaloniki has decided to sue the German state for the return of a ransom which appears to have been paid during the Nazi occupation of Greece in World War II.
As the president of Thessaloniki’s Jewish community David Saltiel noted, the papers were filed at the European Court of Human Rights in Strasburg last Friday.
A two decade struggle in Greek courts, including the Greek Supreme Court, has led the Jewish community to address the European court since previous court decisions ruled that Germany was under international convention immunity.
“It is the end of a long process. We have finished with the Greek courts and now hope that the Human Rights Court can help restore the ransom money that the Jewish community paid to Germany,” mentioned Mr. Saltiel.
The ransom paid to Germany was meant to free about 9,000 Jewish men of Thessaloniki between the ages of 18-45 who were forced to labor when the Germans took control of the city in 1942. Max Merten, the German civilian administrator of Thessaloniki appears to have demanded about 2.5 billion drachmas to release them.
According to Mr. Saltiel’s statements, those men were sick, dying, starving and working without food, thus the community collected the money to pay for their freedom.
The total amount of money paid to Germans before they started transporting Jews from Thessaloniki to concentration camps was 1.9 billion drachmas which converts to about 69 million dollars. Eventually, more than 49,000 Jews of Thessaloniki were deported and only less than 2,000 survived.