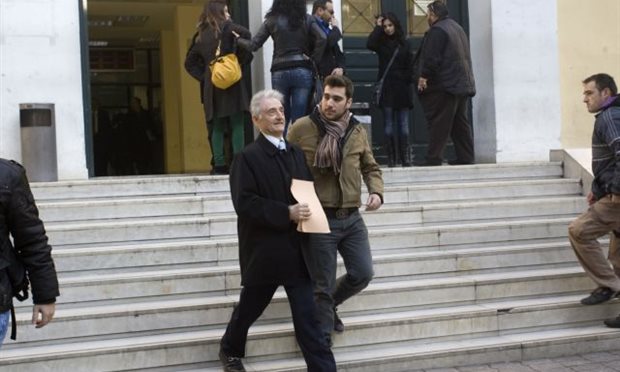 According to a recent article in the German newspaper, Der Spiegel, the president of the Federation of German Industries (BDI), Ulrich Grillo might be involved in the Greek armament and bribery scandal. The article claims that Grillo may have been implicated during his tenure in office as financial director of Rheinmetal’s armament department and managing director of its STN Atlas subsidiary.
As reported, the allegations are based on Panagiotis Efstathiou’s reports, where he documented Atlas’ activities in Greece. The newspaper notes that based on the size of his commission, STN Atlas’ management must have been aware of the bribery, however Grillo denies the accusation.
Efstathiou, representative of STN Atlas in Greece mentioned that Grillo and two other STN Atlas members had met with the general manager of armaments at the Greek Ministry of National Defense, Antonis Kantas, who is accused of having been bribed by Efstathiou. According to Efstathiou’s reports, the two sides discussed “the progress of STN Atlas’ priorities and current programs in Greece.”
Grillo in response to the allegations stated that after 14 years he cannot confirm whom he met and what was discussed when he visited Greece. He claimed that it was “a typical visit” and that he was unaware of any alleged bribery.
The scandal was revealed after Antonis Kantas testified he took nearly 12 million euros in bribes to approve contracts for German, French, Russian and other foreign arms manufacturers.The contracts included purchases of submarines, tanks, fighter jets and missiles.
The contracts were awarded in the late 1990s and early 2000s under the PASOK socialist governments, during a time when tensions with Turkey were high and authorities decided to update Greece’s military forces.