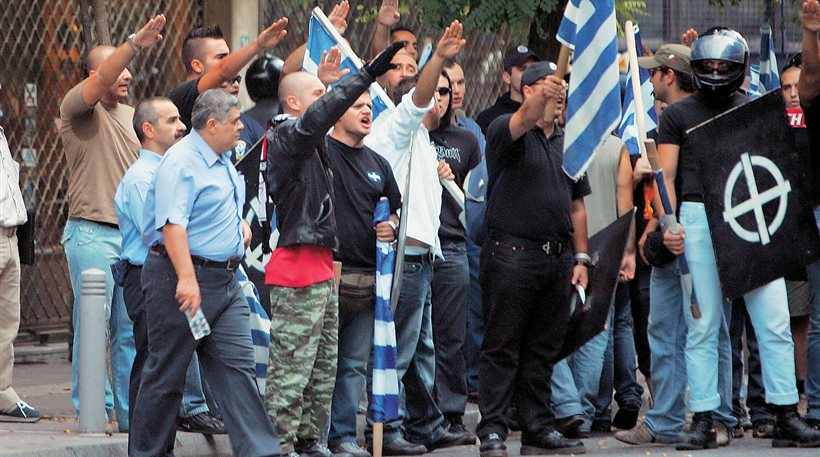 A new poll conducted on behalf of Greek TV channel MEGA by pollster company GPO tried to sketch up the profile of the regular Greek Golden Dawn voter.
The research revealed that the majority of the voters in favor of the Greek neo-Nazi party are mainly men with low incomes.
According to the poll, 63 percent of Golden Dawn voters have a low income, while 67 percent are men. 43 percent of the voters are between 25 and 39 years, followed by 24 percent being 40 to 50 years old and 15 percent aged 55 to 64 years.
It is noted that 38.8 percent of the people polled and casting their vote for Golden Dawn, identify themselves as belonging to the center-left political area, while 35 percent believe that they are centrists.
Upon answering the question about the main reason lying behind the high approval rates, which Golden Dawn receives all over Greece in spite of the party being labeled as a criminal organization, the majority of the polled sample (77.3 percent) attributed the increased percentages of the ultranationalist party to citizens being very unsatisfied with the ongoing financial crisis, which has led the country and its citizens into a deep recession.