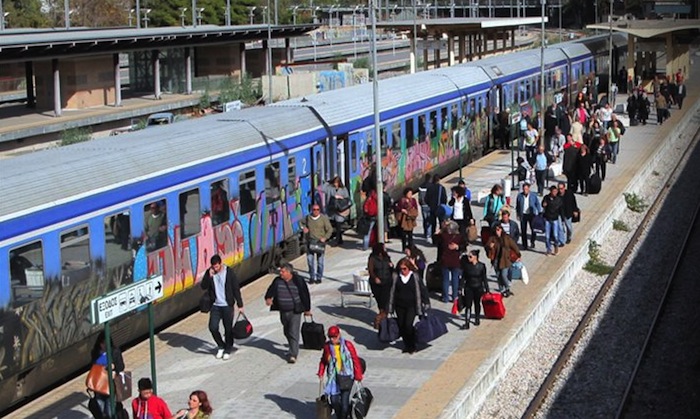 Greek travelers who are regularly commuting on the route connecting the Greek capital of Athens to the northern port city of Thessaloniki, as of late, increasingly opt for taking the train, thus giving a significant boost to TRAINOSE.
The latest revaluation in Greek toll fees has forced car drivers traveling from Athens to Thessaloniki and back to pay a total of €56 just in tolls. If combined also with the increased petrol prices, this has led to 35 percent more travelers using the train on the same route, as the president of the Hellenic Railway Company (TRAINOSE), Athanasios Ziliaskopoulos, announced on Tuesday.
“TRAINOSE will be able to become a pioneering growth force for the economy of Greece, if provided with the proper investor,” mentioned Ziliaskopoulos in his remarks during an “Economist” conference held in Thessaloniki, while also referring to the several new activities undertaken by the company, such as suspending non-profitable routes, introducing new collective employment agreements and outsourcing non-profitable services, which will all lead to the company becoming more healthy.
The Athens-Thessaloniki route has also become very attractive for the movement of cargo shipments, as the ports of Piraeus and Thessaloniki are both used as entrance points for cargo shipments to the European markets. The Greek TRAINOSE president said that the company is trying in collaboration with the Thessaloniki Port Authority to strengthen its northern border rail network, and added, “Today, 8-10 cargo trains depart on a daily basis from the port of Thessaloniki.”
Meanwhile, the agreement between COSCO, the Chinese company managing all operations at the port of Pireaus, TRAINOSE and the U.S. tech company Hewlett Packard to use Piraeus as HP’s main hub for transporting the company’s products to central Europe, has put the Greek railways at the focus of the European supply chain. Rail networks, however, in the involved countries (Greece, FYROM, Serbia, Hungary, Slovakia and Czech Republic) have to be upgraded, so as to meet the expectations of HP.
“If this project comes out to be successful, then we will need to invest more money in infrastructure and know-how, so as to be able to conquer the markets,” argued Ziliaskopoulos.