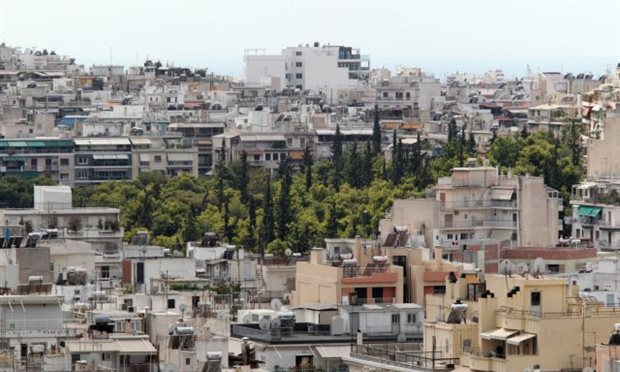 The number of Greek homeowners who will have to pay property taxes is reaching the 5.5 million mark. In 2014 property taxes are seven times higher than in 2009. Greek homeowners will have to pay 715 million euros in taxes while the equivalent amount in 2009 was 105 million euros.
In 2009 taxation of properties amounted to 536 million euros, in 2010 it fell, reaching 487 million. However, since 2011 property taxes haven’t stopped rising (1.172 million in 2010, 2.857 in 2012,  2.784 million in 2013,  3.937 million in 2014)
The revenues from property taxes are indicative of this increase. In 2009, the Greek state’s revenue from property taxes amounted to 536 million euros while it is estimated that this year’s revenues will reach  3.937 billion euros, an increase of 748%. During the last years the property taxes are continually rising as they are not based on actual values but on inflated values.
Homeowners in Greece, not being able to afford high taxes are often forced to grant their property rights to the state in order to escape the tax burden. Many brokers report that homeowners have asked tenants to pay taxes, bills and maintenance costs instead of paying rent.
The Greek Prime Minister Antonis Samaras reported that this rise of property taxes will not continue. He revealed that taxation of real estate is expected to fall up to 38%, by 2016. Greek homeowners will be slightly relieved from 2015 onwards as they won’t have to pay retrospective taxes such as the special property tax levied through the electricity bills and single tax property which makes no discrimination between revenue-generating property and property that generates no income, such as vacant office space.