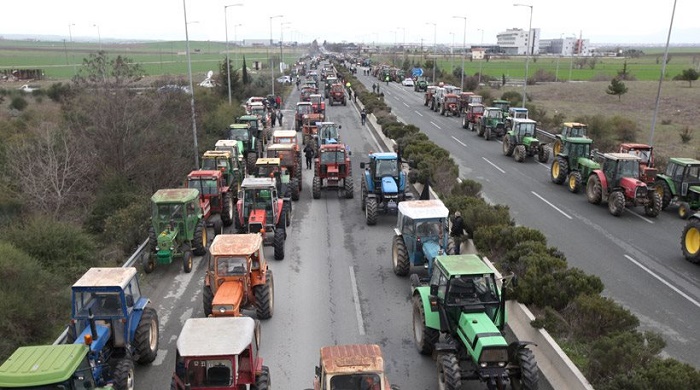 After unsuccessful negotiations between representatives of Greek farmers unions and the ministers Yannis Stournaras and Athanasios Tsaftaris, the farmers announced that they will be escalating their protests.
Greek farmers decided to continue their struggle in order to push the government to satisfy their demands which they claim are vital for their survival. They have announced a panhellenic rally on Wednesday, February 19 in the center of Athens, Greece. Farmers called all Greek citizens to participate, expressing their opposition to the government’s policy, which afflicts all workers and vulnerable social groups.
Farmers in Thessaly blocked the roads
Farmers in Thessaly, central Greece carried out a rally on Sunday as a response “to the intransigence of the Greek government,” blocking circulation in main highways of the region.
Moreover, farmers from Serres, northern Greece blocked the Egnatia highway on Sunday noon, for about half an hour, forming a human cordon.