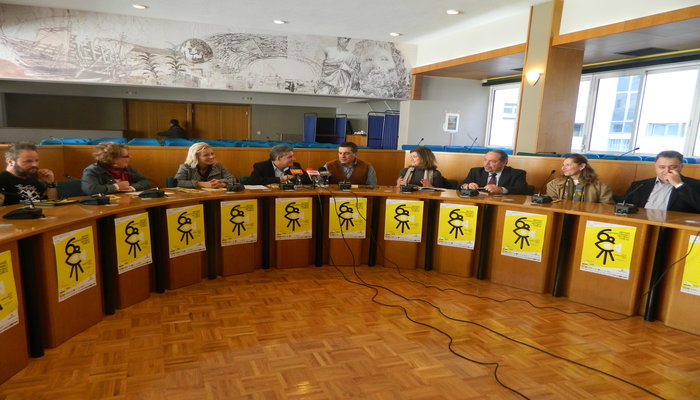 The 6th Artfools Video Festival of Larissa is being held from February 14 until February 23, with the support of Novacinema satellite channel and Forthnet store of Larissa.
This year, the festival is expected to be more upgraded and creative. Filmmakers and cinephiles from Greece and other countries will attend, and about 60 filmmakers have submitted their films to the festival.
In a total of 150 entries, 28 Greek short films, 28 foreign short films and 32 student short films will be screened and claim the festival’s awards. The Jury will be composed of directors, film critics, writers and photographers.
This year’s Artfools Festival will also be attended by renowned Greek directors. Among them is Pantelis Voulgaris, who will be awarded for his contribution to Greek and international cinema; Costas Kapakas, writer and director of the award-winning “Peppermint” and Alexandros Avranas, who recently won at the Cannes International Film Festival with his film “Miss Violence.”
During the Artfools Festival, several side events will be organized for the audience such as tributes, masterclasses, seminars, exhibitions and concerts.