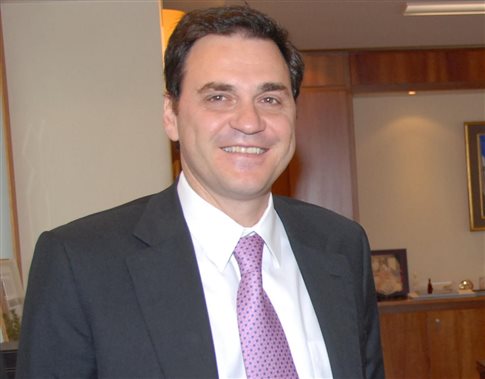 Former Hellenic Postbank chairman Angelos Filippidis, charged in connection with an alleged bad loan scheme at the failed state-owned institution, was released on two million euros bail on Feb. 10 after telling an interrogator at an Athens court he had done nothing wrong and that the loans had been guaranteed.
Filippidis last week returned from Turkey where he had been arrested after Greek authorities tracked him on his cell phone while he was calling TV stations to defend himself. He had been set free there before he could be extradited and then return. He was arrested after he came back to Athens, Greece.
He reportedly gave the prosecutor detailed financial reports and analysis and said he would fight the charges.   As he was entering the interrogator’s office he said there were no improprieties at the bank where prosecutors alleged some 500 million euros in loans were given out without collateral and weren’t being repaid.
In a lengthy defense, he disputed it and said, “If I lose, the prosecutors will approve the loans.”

The zeibekiko requires an inner intensity, as it is an improvised movement that expresses the feelings of the individual who gets up to dance.
Business