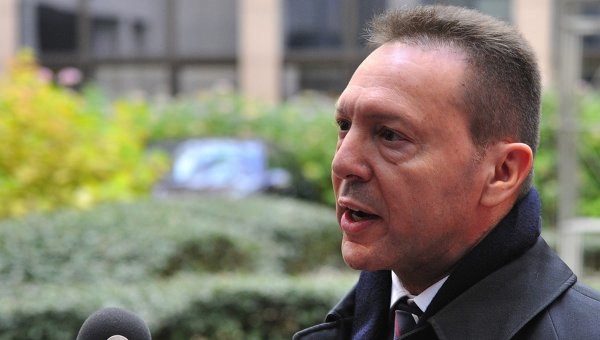 Greek Finance Minister Yannis Stournaras said a coming much-larger-than-expected primary surplus will prove Greece is making a comeback and that if he had accepted demands from international lenders for three billion euros ($4.09 billion) more in austerity measures that it would have been the final ruination for the economy.
Addressing a conference on Dare Democracy, he said that a primary surplus soon to be announced will be “a very-very big surprise” and he criticized Greece ‘s lenders for the forecasts they made from September 2013 onward, according to the Athens News Agency.
He said the Troika of the European Union-International Monetary Fund-European Central Bank (EU-IMF-ECB) was way off in its forecasts then – it now says there’s a 2.4 billion euro ($3.27 billion) hole in the 2014 budget. Stournaras said that the lenders left him a report calling for the three billion euros in measures but he wouldn’t go along.
“If I had accepted this it would have been a great disaster,” he noted. He has consistently been optimistic about a recovery although many analysts continue to say Greece’s staggering $430 billion debt, including the $325 billion owed the Troika for two bailouts can’t be repaid.
He stressed that Greece was making a huge effort to eradicate the two basic causes of the crisis – a general government deficit and a current account deficit – adding that “the other side of fiscal consolidation is a decline in living standards,” noting a  35 percent drop in disposable income in the past few years.
“The figures show a significant improvement, maybe better than I was expecting. From the moment that figures improve until the moment that people will see some money in their pockets, it will some time,” Stournaras said.
Mario Monti, former prime minister of Italy, told the conference said that achieving a primary surplus was the key for Greece’s success, and he congratulated Prime Minister Antonis Samaras and Stournaras for their work. He warned, however, against any complacency.
The primary surplus, which earlier was estimated to be as much as one billion euros ($1.35 billion) doesn’t include interest on debt, the cost of state enterprise and municipalities, social security and some military expenditures, which otherwise together would show a huge deficit.