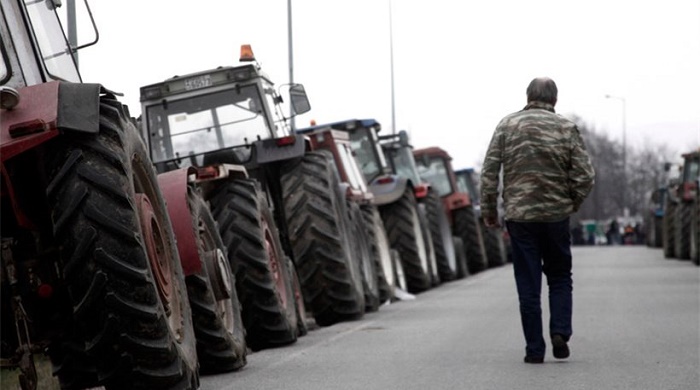 Despite government decisions for the farmers, the unions appear determined to continue their strike protests, with the president of the federation of Larissa farmer cooperative unions Rizos Maroudas claiming that the government has not addressed their key demands.
Mr. Maroudas stressed that the government announcements were made for public relations and then explained that no initiatives were taken to reduce the cost of production and the demand for a tax-free threshold for income up to 20,000 euros plus 5,000 euros per child was ignored.
The sentiments amongst farmers at the Nikea roadblock were similar after meeting with local bodies to discuss their demands and exchange opinions. Amongst those present were representatives of the truck owner unions, who in the past had openly clashed with the farmers, but expressed their support and solidarity to the farmer struggle.
The Secretary General of the Communist Party Dimitris Koutsoubas will visit the Nikea road block on Friday to discuss the farmer demands, while on Saturday representatives from the 30 farmer road blocks will meet in Nikea to coordinate their efforts. Finally, a rally has been arranged for Sunday at the Nikea junction, where farmers hope to see more people and bodies join them in their struggle.