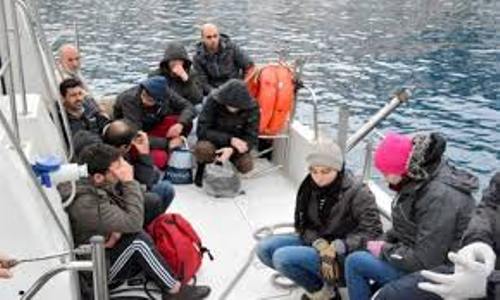 The recent incident that took place off the coast of the Greek island of Farmakonisi and led to the tragic death of illegal immigrants, seems to have triggered talks in the European Parliament, with MEP’s demanding an explanation from the Greek foreign minister Evangelos Venizelos.

While talking to journalists, French “Left Front” MEP Marie-Christine Vergiat critiqued to Greece saying that “since August 2012, when the land border between Greece and Turkey was shut, 150 immigrants mostly from Syria and Afghanistan have drowned in the Mediterranean. We saw many crocodile tears being shed after the tragedy in Lampedusa, but what has happened since then? Nothing! Some survivors say that they are more afraid of the Greek police than the Syrian army. This is extremely worrying.”

The EU Commissioner for Home Affairs Cecilia Malmström was more conservative in her statement and talked about her meetings on the incident with Greek ministers, stating that current reports talk about a rescue operation. She also encouraged Greece to launch an independent investigation, underlining, “I have to remind Greece and all other EU countries that border monitoring operations should always be carried out in accordance to human rights and the principle of non-refoulement, as repelling immigrants is illegal according to international and European law.”

An independent investigation was also promised by the Greek foreign minister, who refuted the accusations of an “illegal repelling to Turkey.” Upon stating his trust in the investigation and Greek judicial officials, Venizelos said, “You don’t want the government in Greece to prejudge the results, but you shouldn’t do it either.”

The minister also referred to FRONTEX, the EU’s border management agency, and asked for more EU intervention in preventing the north-African vessels carrying illegal immigrants from embarking on their journey to Europe. The agency’s role in the recent incident is still disputed, as reports and documents won’t provide a clear image whether FRONTEX was involved or not.