GRNews
GreekReporter.comEuropeAn Olympic Mix-up: 'Greece Stands Up for Gay Rights in Sochi with...

An Olympic Mix-up: ‘Greece Stands Up for Gay Rights in Sochi with Rainbow Gloves?’ 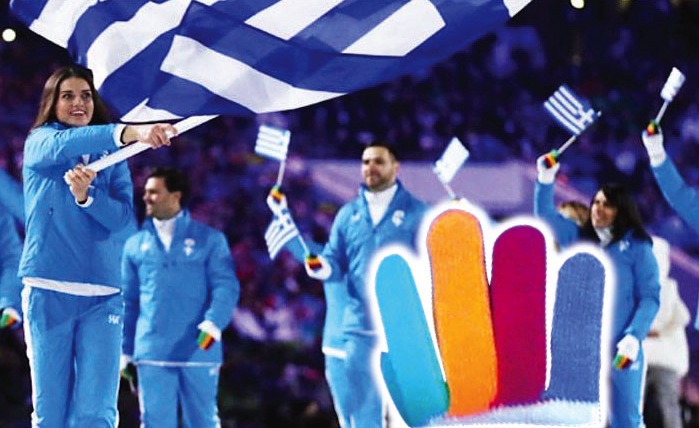 Greece’s rainbow-fingered uniforms at the 2014 Sochi Winter Olympics opening ceremony were seen by international media as a strong message of support to the global gay and lesbian community that was deemed unwanted by the Russian Government.

Although the Greek Olympic team entered the stadium first waving to the crowd with their rainbow-colored gloves, the mitts were nothing more than the official Sochi Winter Olympics gloves. The colors represent the five Olympic rings and not the rainbow of LGBT pride. The colors of the rainbow are red, orange, yellow, green, blue, indigo and violet.

The rainbow is the most recognizable gay rights symbol and since Greece’s flag has none of those colors the international community saw it as a gesture protesting Russia’s hard stance against gays. It was a coincidence of similarity and a misunderstanding.

Russia’s anti-gay stance at the Sochi Olympics has created a lot of negative publicity and raised questions on human equality in the country.

As the Winter Olympics Ceremony was taking place, it was reported that police detained gays and lesbians, who sang the Russian national anthem in Red Square on February 7, 2014, video by Dmitry Zykov:

Many Olympic teams showed their support for human equality and differentiated their position from the Russian’s government antigay practices.

Germany also wore the rainbow colors, although the uniforms don’t depict a perfect rainbow and the the German Olympic Sports Confederation insisted that the uniforms were “not a protest.” The intention behind the outfits seemed more than just trend-setting.

Canada’s Institute of Diversity and Inclusion released a hilarious commercial that is all about “pushing back.” The Human League’s “Don’t You Want Me” completes the message. Watch the video below:

In a speech to the IOC a day before the opening of the games, UN Secretary-General Ban Ki-moon condemned attacks and discrimination against homosexuals.

“We must all raise our voices against attacks on lesbian, gay, bisexual, transgender or intersex people,” he said. ”We must oppose the arrests, imprisonments and discriminatory restrictions they face.”

Although the 2014 Sochi Olympics have suffered a severe PR hit, thanks to Russian leader Vladimir Putin’s anti-gay stance and his government’s law forbidding gay-rights activities, the Olympic spirit of supporting every human, no matter their sexual orientation is alive and well at the Winter Games in Sochi.

As the Huffington Post pointed out on Friday: “somebody might want to share with the Russian government that there were more LGBT shout outs than most people imagined.”