Royal Jelly and Pollen Made in Greece 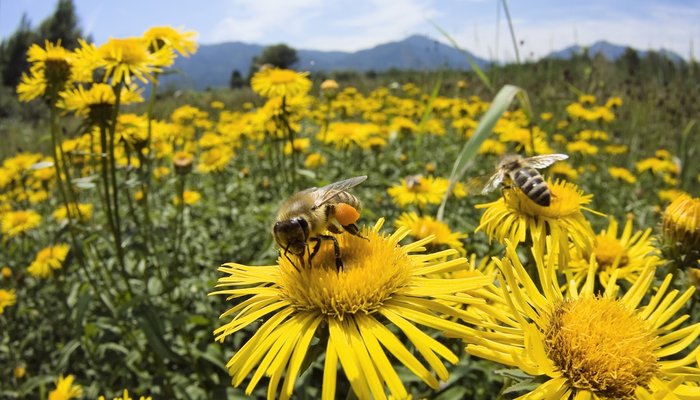 In the 5th “Panhellenic Agrotica Conference” Crysoula Tananaki, lecturer at the Department of Agriculture in the Aristotle University of Thessaloniki and Pavlos Bagiatis, chairman of the Beekeeping Association of Thessaloniki, declared that after six years of research the qualitative features of the Greek royal jelly and pollen have finally been determined. The list of features will be sent to the Ministry of Rural Development and Food of Greece and royal jelly and pollen will receive the Greek designation of origin.
During her speech, Mrs. Tananaki said that beekeeping represented 2.5 percent of global animal production. There are 65 million honeycombs producing 1.5 million tons of honey per year, with China being first in production and the EU producing 25 percent of the total honey production.
Greece places 6th in production, with 16,000 tons of honey per year, and ranks second in the total number of honeycombs (1,388 million). Moreover, Greece exports 520 tons of honey and imports 2.2 million tons, with yearly honey consumption equivalent to 1.8 kg per person. The lecturer also said that the quality of Greek honey was very high and its exportation to China, Russia, U.S., Japan, U.K. and Saudi Arabia had increased.
Furthermore, according to Mr. Bagiatis, “Beekeeping is an industry with great professional opportunities but requires serious commitment and proper training in order to become a lucrative business.” He also added that the industry’s cooperation with agricultural scientists has been great and that a brandy made of honey will soon be presented to the local market.