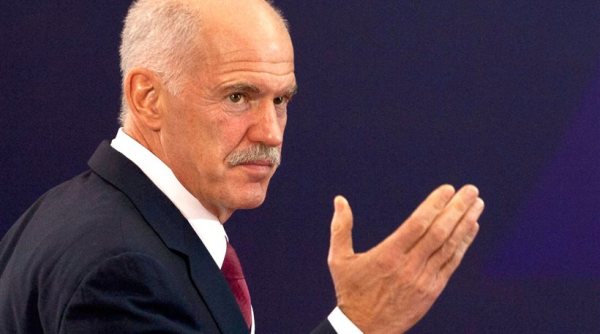 The former Greek Prime Minister and PASOK’s leader, George Papandreou continues his lectures. This time, he delivered a lecture at the London School of Economics (LSE). The subject of his speech was the Present and the Future of the European Union.
In Monday’s lecture at LSE, Mr. Papandreou underlined once more that Ms. Merkel imposed the participation of the IMF in the Greek bailout plan because Berlin did not trust the European Commission’s surveillance of Greece.
“When I was Greece’s Prime Minister and the International Markets were saying that we were about to default, I had no place to turn for help” said the former Greek Prime Minister. Meanwhile, he was asked to reveal why he decided to hold a referendum in 2011 and not in 2010, a decision that caused frustration to the markets and brought Greece one step shy from going bankrupt. George Papandreou claimed that there was no law that would allow such a decision, meanwhile the country was two days away from defaulting.
The Greek newspaper “TA NEA” reported that the former Prime Minister estimated that by 2050 no member-State of the EU will be part of the G20 while he suggested that the president of the European Parliament should be elected directly from its citizens.