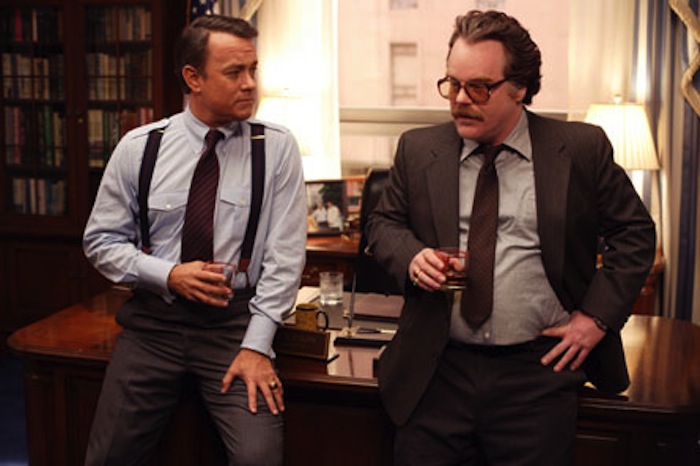 The world of arts has lost one of its best actors to heroin. Philip Seymour Hoffman was found dead in his New York apartment by a friend on February 2, 2014. Police sources stated that the cause of his death is drug overdose.

The Academy-Award winning actor has portrayed countless roles so well, it was even difficult to recognize him sometimes. Among them he played the Greek CIA agent Gus Avrakotos in Charlie Wilson’s War. The star-studded cast also included Tom Hanks and Julia Roberts.

Avrakotos was a Greek-American case officer and division chief for the United States Central Intelligence Agency. He was best known for the massive arming of ‘s mujahideen in the 1980s in the Soviet war in Afghanistan.His partnership with Charlie Wilson in this operation was chronicled in the book Charlie Wilson’s War: The Extraordinary Story of the Largest Covert Operation in History, by George Crile III.

Hoffman had admitted that he was addicted to heavy drugs during university.

“I tried anything I could get my hands on. I liked it all,” he said in a 2006 interview with CBS about his struggle with drug use.

After his graduation, he went to rehab for drug and alcohol addiction. He said he recovered at age 22 and remained sober until May 2013, when relapsed. He checked into a rehabilitation program for about 10 days in 2013 because of problems with prescription pills and heroin.

On February 2, 2014, Hoffman was found dead with a needle in his arm at the age of 46. According to the New York City Police Department, he died of an apparent drug overdose.

In its front-page obituary, the New York Times referred to Hoffman as “perhaps the most ambitious and widely admired American actor of his generation.”