Legal Battle of Greeks in Istanbul 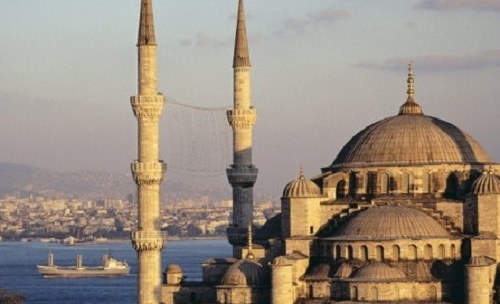 The Greek community of Istanbul has turned to the Turkish Court asking for the return of three orthodox churches and many other properties that were given by the Turkish state in the so-called ”Autocephalous Turkish Orthodox Patriarchate” which isn’t recognized by the orthodox community.

The Turkish newspaper “Taraf” claims that these three churches as well as three office buildings and more than 20 shops were given illegally to the Turkish-Orthodox Patriarchate.  The lawyer of the Greek community reported that the Greek side will also claim the revenues of the churches that currently belong to Sevgi Erenerol,  the granddaughter of Papa Efthim I the founder of the Turkish Orthodox Church.

On January 22 2008, Sevgi Erenerol was arrested for having links with the Turkish nationalist underground organization Ergenekon. She was the spokeswoman for the Turkish Orthodox Patriarchate which was allegedly serving as headquarters for the organization. In 2013, she was found guilty of involvement in the Ergenekon conspiracy and sentenced to life imprisonment.

A representative of the Ecumenical Patriarchate reported to “Taraf” that the three churches were taken with violence and that the Turkish Patriarchate is  not recognized by the orthodox world.