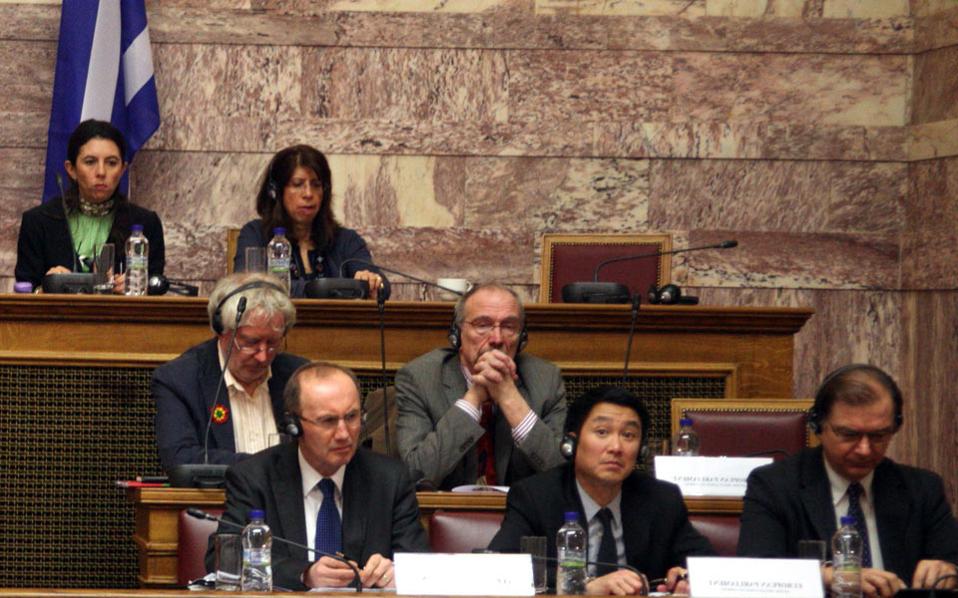 During a meeting held on Wednesday in a committee of the Greek Parliament between the vice president of the European parliament, MEP Othmar Karas, and Greek MP’s, a major political outbreak was prevented, as an intriguing part of the conversation was lost in translation.
The Austrian MEP, who is visiting Athens as head of the EU committee monitoring the actions of the Troika in EU member states, made remarks in reference to the leader of the major opposition party SYRIZA, Alexis Tsipras, mentioning that during their last meeting in Strasbourg, Tsipras seemed to be unprepared. “We met in Strasbourg with the opposition leader and asked Mr. Tsipras to present us his objectives and proposals, while also asking him what can be corrected. For the next hour though, he didn’t say anything. He only said that he supports the European parliament and wants our committee to take on more responsibilities,” Karas said.
This statement met no response by the SYRIZA MP’s who were present at the meeting, as the crucial part concerning the name of the opposition leader had been mistakenly interpreted as “Cyprus,” thus leaving the MP’s puzzled about the choice of the Austrian MEP to talk about the neighboring country’s opposition leader.
Later, upon examining the audio and video transcripts the mistake was revealed. “I said Tsipras. I couldn’t be asking a country,” Karas said answering to news editors.
The SYRIZA MP’s present in the room later stated that if they had realized that the accusations of Karas were targeting their leader, they wouldn’t have let the MEP go on with his speech. SYRIZA issued a statement condemning the “false and defamatory allegations by Mr. Karas,” while mentioning, “these unacceptable allegations were not even taken seriously by the interpreter, who thought that Karas was talking about Cyprus.”
Recently, the head of the Troika’s monitoring committee admitted in an interview that the troika has made mistakes but eventually saved Greece from bankruptcy. “The troika was necessary. The EU wasn’t ready to deal with the financial crisis on its own,” Karas said on Wednesday.