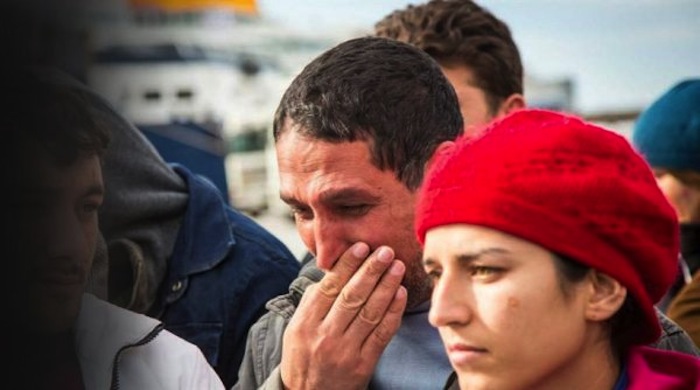 Greek police authorities have detained dozens of people for trying to occupy the office of the Greek Marine Minister, Miltiadis Varvitsiotis, during protests about the sinking of a boat carrying migrants from Turkey to Greece which resulted in the deaths of several people including children.
According to the Greek police more than 40 people were detained, but not arrested, during the protest at Varvitsiotis’ political office in the center of Athens, Greece.
The tragic incident took place last week just off the island of Farmakonisi in the eastern Aegean Sea, leading to the deaths of twelve people. Only two bodies were recovered while the rest are still missing.
According to the survivors, the Greek coast guard had tried to force them back towards Turkey by attached a rope to their vessel. The coast guard vessel accelerated rapidly, causing the migrants boat to capsize. “They (the Greek coast guard]) were kicking us to prevent us from getting onto their boat. When some of the women started screaming and crying they were shouting f**k you,” reported one of the survivors. It was also said that the coast guards were firing in the air and threatening the immigrants with their guns.
The Greek coast guard denies these accusations. They claim that their only priority was the safe towing of the boat to the nearest port, and then the rescue of those in the water after the boat had sunk. They also reported that two of the immigrants, being in a state of shock jumped into the sea. The rest moved to rescue them, thus shifting the center of gravity of the boat and causing it to capsize.