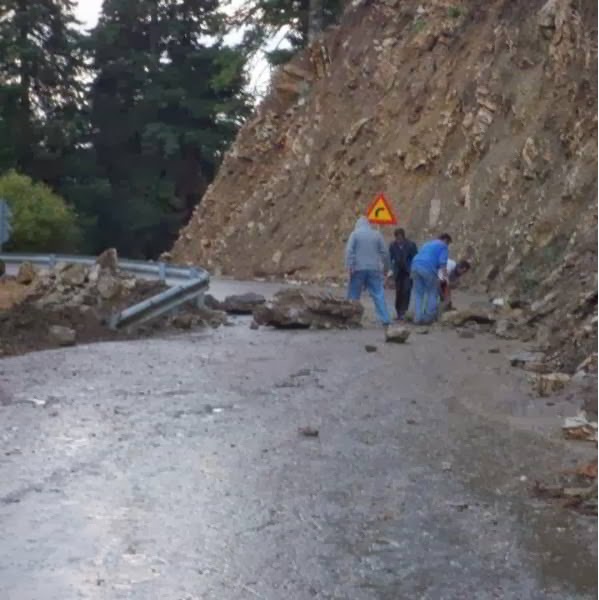 Although the strong earthquake that hit the island of Kefalonia, western Greece, didn’t cause any injuries, the aftershocks have caused major problems to the infrastructure of the island. The hospital of Lixouri, the island’s largest city was evacuated while there are also concerns about the condition of two schools.
Following the earthquake of 5.8 on the Richter scale that hit the Greek island on Sunday, 250 aftershocks have been recorded. The aftershocks have aggravated the static problems of the hospital in Lixouri, forcing the patients and the inmates of the nursing home that was housed there to move in the hospital of Argostoli.
At the same time, there are also problems in two schools in Argostoli and Lixouri. On Friday Konstantinos Arvanitopoulos, the Greek Education Minister will visit the island to personally examine the conditions of the schools.  According to the mayor of the island, Alexandros Parisis, the authorities will take the necessary measures to repair the damages.
Meanwhile, one of the many problems that the residents of Kefalonia have to deal with, is the problems in water networks in many areas of the island. In Lixouri as well as in other areas the use of water for drinking or cooking is prohibited.