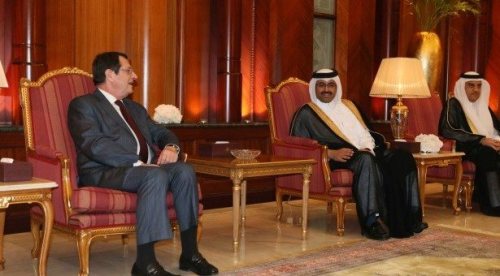 Cyprus can achieve an economic miracle, stated the President of the Republic of Cyprus Nikos Anastasiades, noting that it has been done before, in 1974.
In his meeting in Doha with businessmen from Qatar and Cyprus, President Anastasiades outlined the government’s efforts towards recovery while highlighting the major advantages of Cyprus as an investment destination with significant potential in various sectors.
President Anastasiades also stated that, after the discovery of hydrocarbon deposits in the Cypriot Exclusive Economic Zone (EEZ), the energy sector opens up prospects for investments.
“Despite the difficulties which we are facing due to the ongoing economic recession, we can achieve a miracle,” said President Anastasiades adding that “Cyprus had previously achieved the same goal in the past.”
President Anastasiades pointed out that although Cyprus is a small country, it has no limit to what it can achieve. He continued by saying that, with discipline and great effort, the Cypriot economy can and will recover.