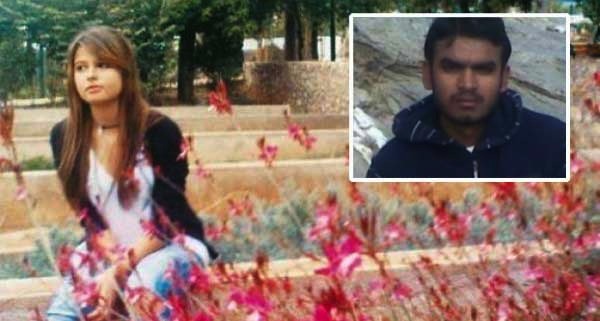 On Tuesday at 9am began the trial of Ahmed Waqas who, about a year and a half ago, brutally assaulted 17 year-old Mirto Papadomichelakis on the island of Paros.
Waqas approached the teenage girl, who was sitting on boulders close to the sea, in order to steal her mobile phone. The girl resisted and Waqas beat her head violently against the rocks. Waqas is also accused of molesting Mirto after she lost consciousness.
The trial coincides with the return of Mirto and her mother from Boston where the young girl was hospitalized for seven months in critical condition. Following a series of surgeries and medical tests which stabilized her, Mirto was returned to home and hospitalized in a rehabilitation centre in Larisa, central Greece.
Suffering from massive head trauma, Mirto is now currently in a rehabilitation program that includes physiotherapy, speech therapy and an alternative communication system.
“Mirto is not very well.” stated Mirto’s mother upon their arrival in Greece. “We expected so much more but unfortunately we did not see a lot progress. My child will never become as she was. Thus, I ask for his conviction. Not for me but for my child’s vindication.”