Nick "the Greek" Gravenites in Athens 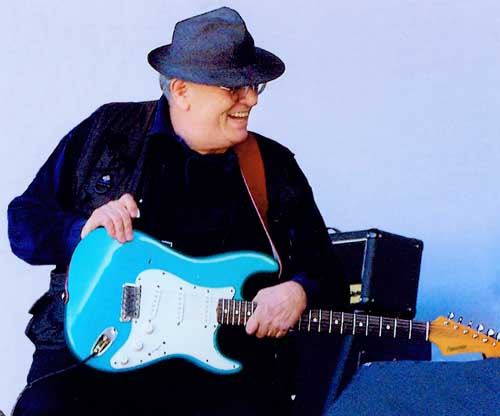 Nick Gravenites, the Greek guitarist, singer and songwriter is an important historical figure in the modern-day blues music scene. His name is linked to the school of Chicago and the West Coast psychedelic blues rock of the 60’s. He has contributed to the creation and career of groups and artists such as Butterfield Blues Band, Mike Bloomfield, Quicksilver Messenger Service, John Cipollina, Janis Joplin and others who along with his own group, Electric Flag, form a very important chapter in rock scene history during the second half of the 60’s.
With influences from the original Chicago blues of Muddy Waters and others, and having written great songs like the classic “Born In Chicago,” sang by Butterfield Blues Band and “Buried Alive In the Blues,” “Work Me Lord,” “As Good As You’ve Been” for Janis Joplin,  Nick “the Greek” Gravenites has been a great performer of blues for nearly half a century. He combines his own authenticity and passion with great performances and humor in his music.
The artistic peculiarity of Nick is reflected in his extensive discography (personal and as a producer) that shows his always high artistic integrity, with great live performances in the US, Europe and of course in Greece.
Nick Gravenites found his personal Greek blues band, Backbone and they will be performing in the Half Note Jazz Club in Athens, Greece.

The holiday bookings of British nationals to Greece for 2021 have risen recently by a stunning 96 percent, travel agency Skyscanner has confirmed.
Ancient Greece

The Greek word "kosmetika" is the root of the English word ‘cosmetics.’ The word also meant any product that protected the hair and face.
Ancient Greece