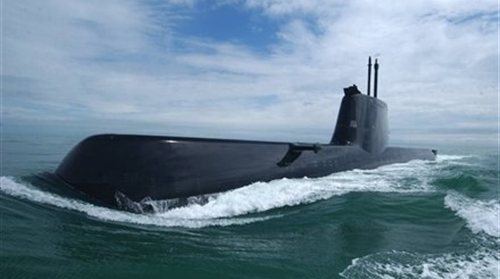 A new piece of the puzzle in the case of the German submarines armament programs regarding the distribution of briberies was added today. Michael Matantos, representative of the German company Ferrostaal in Greece, who is charged with money-laundering and bribery, was set free on a bail of 500,000 euros. During his interrogation, he gave answers to some critical questions and therefore his contribution to the development of the investigation was evaluated by the authorities.
The defendant, in his defense statement denied all the charges. He supported that he distributed the money as he was told to do so by the German company, but he did not know what Ferrostaal’s real intentions were. In other words Mr. Matantos claimed that he wasn’t aware why he was delivering the money. According to sources, the defendant did not name any politicians but seemed determined to contribute in the official’s investigation regarding the distribution of bribery money through bank accounts.
In addition, Ferrostaal’s representative refuted what Sotiris Emmanouil, former boss of the Hellenic Shipyard Co. and Yiannis Beltsios, former intimate associate of Akis Tsochatzopoulos, had claimed against him. Both Sotiris Emmanouil and Yiannis Beltsios are in pre-trial custody.
Mr. Matantos appears to have distributed a large amount of bribery money in Greece, according to judicial authorities.
In particular, the German magazine “Spiegel” reports that briberies regarding the submarines scandal are more than 55 million euros.
Last but not least, Mr. Matantos’ company, MIE, was Ferrostaal’s official representative in Greece since 1987.