Greek Movie Fridays: 'Hard Goodbyes: My Father' Will Move You! 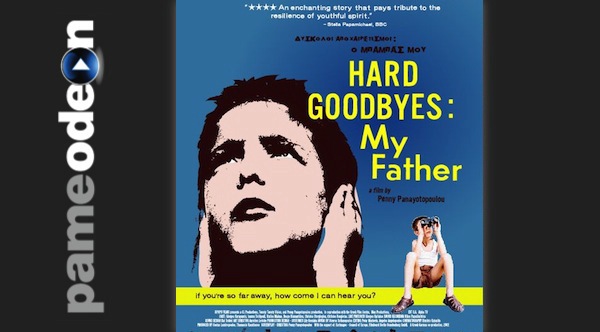 How can a young child deal with his father’s death? Is children’s imagination helpful in such dramatic circumstances? The Greek leading film distributor and producer, Odeon S.A and Greek Reporter present the award-winning social drama by Penny Panayotopoulou, Hard Goodbyes: My Father.

The Greek leading film distributor and producer, Odeon S.A., and Greek Reporter have teamed up to promote Greek cinema to a new worldwide audience, through PameOdeon.gr, the new video on demand platform that lets you stream hundreds of Greek movies legally. If you want to show your support to Greek filmmakers watch their movies on PameOdeon.gr.

The main character of the film, 10 year-old Ilias, cannot accept the sudden death of his father. In order to escape from the harsh reality he uses his imagination as a shelter.
It is the 1960s and Ilias lives in Athens. He deals with the cruel reality by trying to keep his father alive. While the other members of his family manage to come to terms with the sudden death of their beloved relative, Ilias begins to act in a rather peculiar way. He uses his imagination to play games with his deceased father, he talks to him and sends letters to his grandmother using his father’s name and signature.
The boy is sure that his father will return and together they will watch the two Americans who are going to land on the moon. The time goes by and there is no sign of his father. When the landing eventually takes place, it is actually the first time that Ilias realizes his father’s death. The circumstances force him to grow up quickly and see reality differently.
Director: Penny Panayotopoulou
Writer: Penny Panayotopoulou
Cast:  Ioanna Tsirigoulis, Stelios Mainas, Christos Stergioglou, Despo Diamantidou, Yorgos Karayannis.

Follow the steps below to watch the film:
PameOdeon.gr makes it easy to watch your favorite films with 5 easy steps:

(Abed Alloush contributed to this article)