TechNews
GreekReporter.com Europe A Greek Woman Among 'One Young World' Representatives for 2014

A Greek Woman Among ‘One Young World’ Representatives for 2014 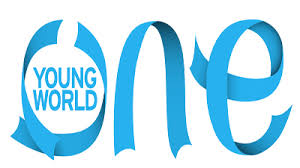 A woman from Thessaloniki, Greece, with former experience in international youth conferences will represent not only Greece, but a total of ten countries in the Balkans, southern Europe and the Mediterranean in the international conference of the non-profit international organization “One Young World,” which will be held on October 15, 2014, in Dublin. Her name is Ioanna Fotopoulou and she is among the 18 people selected internationally to represent a group of countries and jointly 179 countries.

The 24-year old surveyor engineer will represent Greece, Turkey, FYROM, Albania, Cyprus, Malta, Italy, Spain, Portugal and Kosovo. In the next days she will visit all the countries she represents and will have the opportunity to chat with young men and women from each country about the issues that concern them.

The electoral procedure was particularly interesting. Anyone wishing to become ambassador-representative of a region submits their nomination, after which the organization chooses the three best candidates. After the three top candidates are chosen, there is an online voting procedure to choose the final representative which lasts for one month.

“What I said in my campaign is that we have to work together because one person cannot do things alone. However, if everyone does what is necessary then together we can achieve incredible things. Moreover, despite the fact that our region is now facing an economic crisis, if people are working and trying there is still hope,” states Ioanna. Apparently her words inspired those who voted for her and chose her as their representative.

As far as public opinion on Greeks are concerned, she says that she intends to prove to the world that the Greeks are not lazy. She will also present Greece’s educational, cultural and energy issues as well as unemployment and human rights problems. She will work hard to prove to her supporters that she deserves their trust.

In the coming months, Ioanna Fotopoulou will have to find the most important issues for each country. Then, under the guidance of renowned personalities appointed as mentors of the 18 representatives, she will create folders and records for each country in order to present them to the international conference. Among the appointed personalities are Kofi Annan, Bob Geldof, Richard Branson and Muhammad Yunus who will communicate  with the representatives via the internet and help them with their duties.

Mitsotakis announced on Thursday that he will bring about new legislation to tighten sex abuse laws and help victims, while endorsing the #MeToo movement.
Greek News

Turkey announced on Monday that it will conduct a large-scale naval exercises in the Mediterranean and the Aegean Sea between February 25 and March 7.
Greece