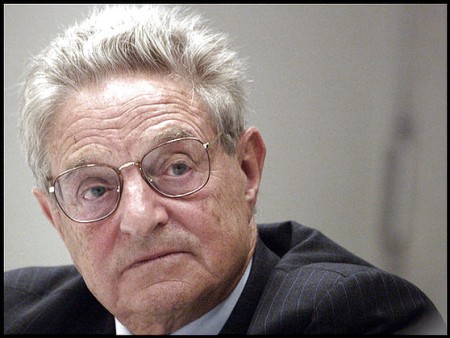 The Guardian featured an article today about George Soros and the opening of his “Solidarity Center” in Thessaloniki, Greece, the first of many he plans to open in order to help Greeks who were hit the worst by the economic crisis.
According to the article Aliki Mouriki, a sociologist of the Greek National Center for Social Research said: “Greece, to a great degree, has become a failed state. It is unable to provide basic facilities for its citizens because of budget cuts. In the absence of public welfare, and with around one and a half million officially unemployed, growing numbers are looking for substitutes elsewhere.”
Last year, George Soros had offered Greek institutions 1 million dollars to buy heating oil, after mayors in different Greek municipalities requested help. “It had got to the point where some of the schools had not a drop of oil left. This month we got 20,000 tons from Soros and it has really helped. The government has now promised an extra four million euros but we have yet to see it,” said the mayor of Naoussa in Northern Greece.
George Soros has donated money for heating oil to approximately 190 Greek institutions such as orphanages, schools, nurseries and homes of the elderly and is planning to open “Solidarity Centers” around Greece. The first one opened in Thessaloniki just a few days ago and is already filled with applications.
George Soros’ philanthropy has been the subject of a great controversy. Parents’ associations all over Greece are refusing donations because they are suspicious of his motives. Yiannis Boutaris, mayor of Thessaloniki responded saying “Why Soros gives money to Thessaloniki or other Greek regions, or even to NGOs to help vulnerable groups, should not be the centre of attention. It is the fact that Greek tycoons, shipowners and those from the diaspora don’t follow his example.”