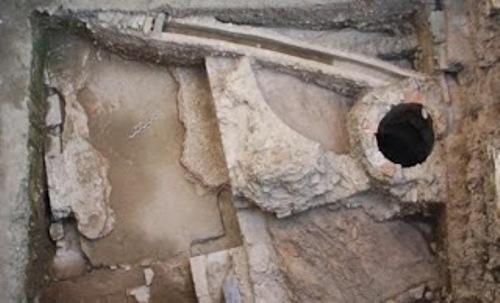 Michael Cosmopoulos, professor of the University of Missouri- Saint Louis (UMSL), is returning the oldest written text of Europe on a ceramic tablet, to Messenia, northern Greece, the place where he excavated and brought it to light.
Mr. Cosmopoulos has been working in that area every summer for the last 10 years. His team which consisted mostly of students and volunteers, are about to live an unprecedented experience.
Mr. Cosmopoulos found the tablet in summer 2010. His discovery of the ceramic tablet in Linear B writing, about 3,500 years old, has changed the educational and bureaucratic history in the western part of the world.
As Mr. Cosmopoulos described, the tablet was found in an ancient trash-can in which he had set fire to burn some garbage. The plate, saved by accident from the fire, constitutes the greater surprise of this long-lasting program.
Tablets in Linear B writing were mostly used in Mycenaean palace as accounting archives. This fact raises questions as to the usage of the plate which have yet to be answered.