Greek Recession, Unemployment and Expensive Electricity Bills Will Cause DEI to Collapse 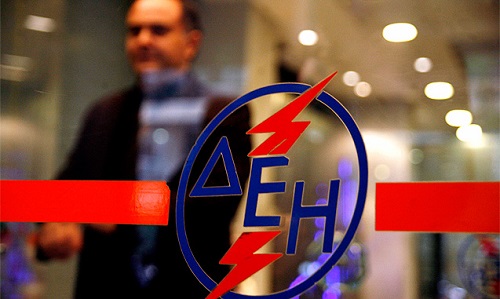 The Public Power Corporation S.A Hellas (DEI) could not escape the tragic reality that the majority of Greek enterprises and households face every day.  There is a deficit in DEI’s revenue due to unpaid bills, which reaches the amount of 1.3 billion euros. This amount is increasing every day by 4 million euros.
The majority of those who cannot afford to pay the electricity bills are Greek households and small Greek enterprises, as Kathimerini reports. In other words, the percentage of unpaid bills that corresponds to the Greek households is 65 percent.
The public sector owes DEI an amount that reaches 190 million euros. The medium-sized businesses have unpaid bills that are estimated at approximately 130 million euros, while Larco owes DEI more than 135 million euros.
Indicative of this tragic situation is that the number of the consumers who have made the relevant application in order to regulate their debts to DEI over their phone, is huge. Settling unpaid bills by a simple phone call is a new service that DEI provides its consumers with. Those who have already regulated their debts with a simple phone call are more than 700,000 consumers.
Those who wish to regulate unpaid bills to DEI, can do so by calling 11770.