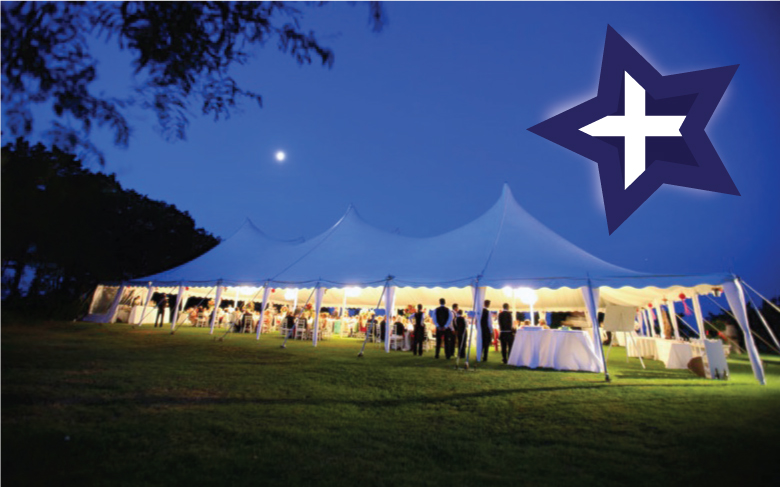 2014 is filled with fabulous Greek events throughout North America. Here are the top 14 events that shouldn’t be missed this year.

The Trial of Orestes – January 29 – Chicago, IL
Following the tremendous success of the Trial of Socrates in 2013, the same all-star judicial team takes on another definitive case, the Trial of Orestes, son of Agamemnon, of the cursed House of Atreus. The Oresteia, by the Greek playwright Aeschylus (525-456 BC), is a foundational literary work for examining the crucial place of law in society. Consisting of Agamemnon, The Libation Bearers, and The Eumenides, the trilogy constitutes a deeply affecting study of crime and punishment, probing such irresolvable and vexatious issues as the nature of justice, the frequent conflicts between love and duty, the torments of moral decision making, our obligations to the gods, society, and ourselves, and the spiritual consequences of irremediable actions. Above all, the Oresteia shows the burdens of a culture based on the lex talionis—an eye for an eye—and the blessings of a jury trial in a court of law. The event takes place January 29 at the UIC Forum in Chicago. For ticket information, visit: www.nationalhellenicmuseum.org/events/trial-orestes/


FDF – February 13-15 – Anaheim, CA
The Faith, Dance, Fellowship event brings together nearly 4,000 dancers, singers, family, friends and spectators. The 38th Annual Folk Dance and Choral Festival is set to take place in Anaheim, CA from February 13-16. There will be a concert featuring popular singer Glykeria on Saturday night. His Eminence Metropolitan Elpidophoros of Bursa and Exarch of Bithynia (from the Patriarchate), will also be attending the event. For more information, visit www.yourfdf.org.

Greek Reporter’s Oscar Party – March 2 – Hollywood, CA
For those that are not among the 1,200 lucky people that will attend the 86th Academy Awards ceremony at the Dolby theater, Greek Reporter is hosting a party to watch the Oscars together with many Greeks from the entertainment industry. After the event, Greek music will continue playing, turning the gathering into a real Greek party! Come watch the Oscars and get ready to party afterwards, Greek-style! (Exact location to be announced soon)

Miss Greek Independence Pageant – March 9 – New York, NY
The Federation of the Hellenic Societies of Greater New York presents its Annual Miss Greek Independence Pageant. One young Greek woman will be crowned with the title at this year’s event on March 9, to be held at the Stathakion Center in Astoria, NY. To enter the pageant before the March 1 deadline, or to find out more information about attending, visit: www.hellenicsocieties.org/miss-greek-ind-2011-page1.html

Greek Independence Day Parade – March 30 – New York, NY
The Annual Greek Independence Day Parade that strolls down Fifth Avenue in New York City is the largest parade in the Hellenic Diaspora. This year marks the 193rd Parade, which celebrates Orthodoxy, Hellenism and Freedom. For information on how to participate in the parade and other events occurring during the celebration, visit www.hellenicsocieties.org/PARADES.html

National Innovation Conference (NIC2014) – May 2-4 – Toronto, Canada
Though this event takes place in Canada this year, it is organized by the Greek American Foundation for Greeks to come together and generate ideas as well as provide an opportunity for people who thrive on intellectual stimulation to gather, to network and to meet other like-minded people. Final details are still being planned out for this year’s Conference. Please check www.greekamerica.org/nic/about-nic/nic-2014/ for updates.

LA Greek Film Festival – June 4-8 – Los Angeles, CA
The Los Angeles Greek Film Festival showcases new films from Greek filmmakers worldwide. The festival’s goal is to promote Greek Cinema and cultural exchange while bridging the gap between Greek filmmakers and Hollywood. Orpheus Awards are given to the most outstanding new films in the dramatic, documentary and short film categories. The Los Angeles Greek Film Festival (LAGFF) is witnessing a new wave of Greek Cinema emerging from an irreverent generation of young filmmakers who insist on breaking ties with past trends and seeing things in their own unique way. The event will take place in Hollywood, CA, June 4-8. Learn more at www.lagff.org.

Aktina Greek Music Journey – June 6 – New York, NY
Continuing its tradition of producing very unique concerts of high quality which promote the representative aspects of the Greek music repertoire, AKTINA proudly presents its new musical performance which will highlight the Nisiotika (Folk Songs From The Greek Islands) and the Rembetika (Greek Blues). Featured artists include Nasia Konitopoulou, who will perform the Nisiotika, and Dimitris Kontogiannis, who will perform the Rembetika, along with Michalis Gampierakis on violin/vocals. The Kaye Playhouse, where the concert is taking place, is one of the most beautiful theatres in Manhattan with exceptional acoustics and amazing theatrical and comfortable seating. For more information: http://aktina.org/upcomingevents.html

LA Greekfest – September 5-7 – Los Angeles, CA
The LA Greek Fest is the largest and most iconic Greek food and wine festival in Los Angeles, Calif., bringing over 15,000 attendees together for a three day weekend of Greek food, wine, traditional Greek dancing and one-of-a-kind cultural experiences. Located at Pico and Normandie on the same grounds of one of LA’s most beautiful and well-known Greek Orthodox Cathedrals – Saint Sophia Cathedral – the festival brings together the community of the Byzantine-Latino Quarter, people from all over downtown Los Angeles and Southern California. Traditionally hosted by honorary chairs and co-hosts Tom Hanks and Rita Wilson, the weekend is a must-see full of live music, incredible homemade Greek food, dancing, Cathedral tours and more. For information, visit: http://www.lagreekfest.com

American Hellenic Council Gala – TBD – Los Angeles, CA
Each year, the AHC celebrates the achievements of dedicated leaders in the fields of politics, business, and the arts who have excelled in their area of expertise and/or have made significant contributions to Hellenic causes. The awards ceremony is part of the organization’s annual gala. This year’s event is still in the process of being planned. For updates, visit: www.americanhellenic.org.