Giannis Mpoutaris, "Soros Gives Money to the Poor, But What About Other Greek Tycoons?" 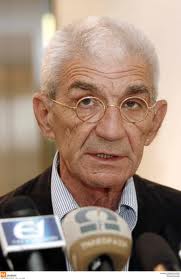 The Mayor of Thessaloniki, Greece, Giannis Mpoutaris inaugurated the first center of Solidarity Now in the middle of the city. He made special reference to the Open Society Foundation of the American investor George Soros, and donations made by the organization to vulnerable groups in Greece.
There has been a lot of debate as to the motives of the American tycoon, however Mpoutaris dismissed the speculation and suggested that anyone who is suspicious of Soros, should ask themselves why Greek investors do not follow his example.
“It should not be the center of attention why Soros gives money to Thessaloniki or other Greek regions, or even to NGOs in order to help vulnerable groups. On the contrary, it is the fact that Greek tycoons, ship owners or those from the Diaspora do not follow his example, which should cause the most concern. We must wonder why we give the right to the German magazine Der Spiegel, to characterize the Greek financial elite as “horrible citizens” due to their apparent lack of similar compassion.”
The Mayor of Thessaloniki continued, “Even when the Greek Diaspora tried to help, the door was firmly shut by State mechanisms. We mock Greek expat intentions to help our society. We do not let them invest when they try to do so. This reality should give us food for thought and not George Soros’ donations.”
Mpoutaris was also asked to comment on Soros’ position regarding the FYROM name issue. It has been suggested that Soros has in the past made statements which have been interpreted as supporting FYROM. Mpoutaris replied, “I do not believe that George Soros is either with Greece or FYROM regarding the name dispute between the two countries. He keeps his opinion to himself. I can assure you about that as I know him personally. His actions speak louder than his words.”