Bridge Between Greek Expats of Canada and Crete 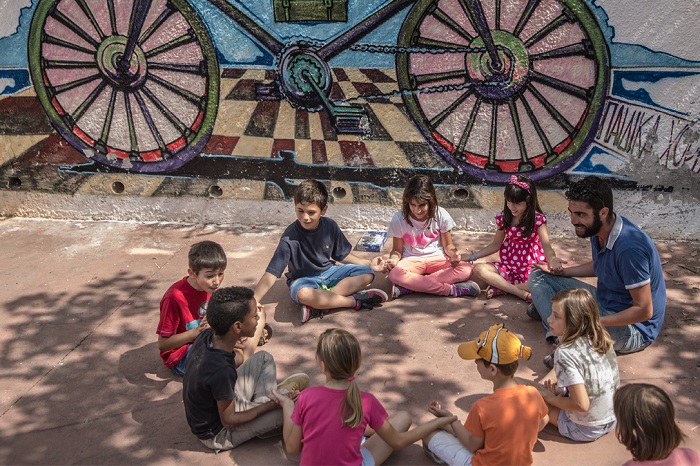 The Consul General of Greece in Canada, Thanos Kafopoulos, the president of the Greek Community of Montreal, Nikos Pagonis and the vice president of the Cretan Association of Montreal, Mihalis Christodoulakis, have had successive meetings with the governor of the Crete region, Stavros Arnaoutakis, and the Archbishop of Crete, Ireneos. They have discussed the possibility of setting up an initiative to strengthen Hellenism in Canada and to convey to Greek-Canadian children of Cretan expats, the history, customs and traditions of Crete.

The project has already begun to bear fruit. Every summer, children between the ages of 12-18 who are descendants of Greek expats living in Canada, and who wish to visit the island in order to explore their ancestral roots, will be able to attend a 15-day camp.

The Consul General of Greece in Canada and the president of the Greek Community in Montreal have expressed their gratitude to their Greek colleagues, while making it clear that the expenses incurred during the children’s visit will be covered by their parents. As Mr. Kafopoulos stated, the collaboration between Canada and Crete will continue within the context of 100 years since the founding of the Cretan Association in Montreal.

“Our goal is to give these children a taste of Crete during their 15-day stay on the island. These are children who have never before visited Crete. However, they speak Greek and know the tradition dances of Crete,”said the Consul General Thanos Kafopoulos. He also reports that today, the Greek Community of Montreal includes about 80,000 people.

The Greek-Canadian delegation will also visit the Eleftherios Venizelos Foundation in Chania, of which an offshoot is in operation in Montreal.

Can Astronomy Explain the Biblical Star of Bethlehem?