Poll: Vote of Confidence to Greek Justice, Yes to the Euro 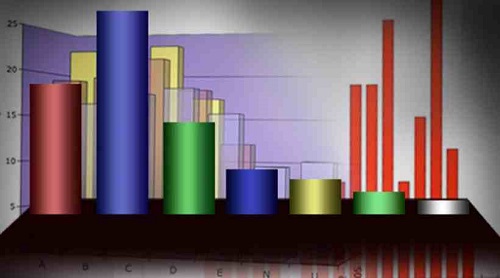 A new poll carried out by Greek Statistical Service MRB Hellas for Greek news-portal newsit.gr reveals that the Greek people have faith in the judicial system and want to stay in the eurozone.
The results of the poll indicate that the majority of the Greek population casts a positive vote in relation to the European Union and the eurozone. Of the 800 people sampled 59.5 percent want to stay in the euro, 21.2 percent want to exit the euro but stay in the EU, while 12.5 percent want a complete exit from both the eurozone and the EU.
The polled sample also sees the Greek EU Presidency as a good sign, with 43.6 percent believing that the results will soon be visible.
According to the poll, conducted between January 14 and 15, the citizens show their appreciation and confidence to the judicial system and to the governmental actions regarding the cases of Golden Dawn and the Hellenic Postbank, as well as the defense contract scandals.
Upon being asked which of these scandals can affect the political developments in the country, 34.6 percent hold the defense contract scandals as most important, followed by the Golden Dawn case with 19.7 percent and the Hellenic Postbank case with 16.4 percent.
As for the question evaluating the handling of the political parties and the institutions in relation to on-going judicial cases, 67.7 percent show faith in the judicial system, 47.5 percent in the governing party New Democracy and 33.8 percent in the opposition party SYRIZA.
The big loser of the poll is the socialist PASOK, with only 26.1 percent of the polled sample having faith in the actions of the party. PASOK is considered to be highly responsible for the majority of the Greek scandals brought to light.

Kavafis: The Greek Poet Master at Saying a Lot with Very Little