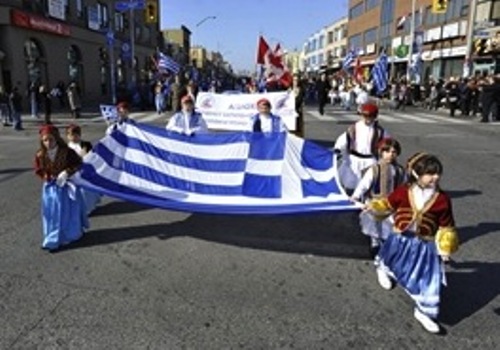 The Greek Community of Toronto celebrates 150 years of operation, by putting on two theatrical plays featuring the groups “Nefeli” and “Ellinakia” (Little Greeks).

The group “Nefeli,” under the guidance of director Nancy Athan-Milonas, will present an adaptation of “Lysistrata” by Aristophanes for the Greek Diaspora, on February 8, 9, 15 and 16, at the HAMAZKAYIN THEATRE.

The children’s theater company “Ellinakia,” in collaboration with the group “Nefeli,” will present a fairytale of ecologic character titled “Paul and Lara Travel,” on February 8. The fairytale is written by Greek expat Justine Frangouli-Argyri and directed by Nancy Athan-Mylonas. Stage adaptation belongs to Mary Kordoni.

The children’s book “Paul and Lara Travel,” is accompanied by a CD with music by Dimitris Katis, uniting Greece and Canada, through the significant issue of global warming.

The production of theatrical performances belongs to the Greek Community of Toronto and performances are sponsored by The Hellenic Heritage Foundation and the BIA Danforth.