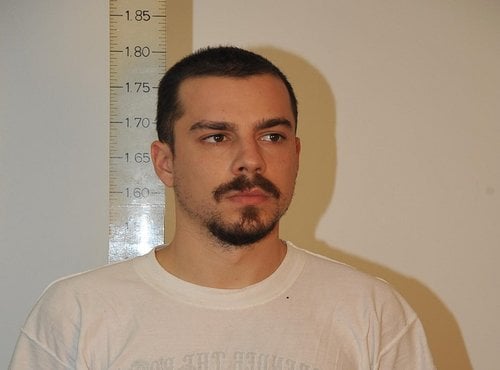 Anarchist Kostas Sakkas was arrested on Thursday afternoon by counter terrorism officers. Sakkas, 30, was accused of being a member of the “Conspiracy of the Cells of Fire,” an urban guerrilla group in Greece. He was in custody for 31 months and last July was granted conditional release, after going on hunger strike for 38 days.
Sakkas was rearrested because his fingerprints were a match for those on the remains of a bomb found near a group’s safe house in Chalandri, Athens, first raided by the police in September 2009.
The police took fingerprints a few days ago when Sakkas was arrested for violating his restricted-residence order when he spent the night at friend’s house. In court he successfully argued that he was there for a party and was released. But he was forced by the current legislation to provide his fingerprints. Police matched these with those found on the remains of the bomb and issued an arrest warrant. On Friday he will be sent to the Prosecutor.