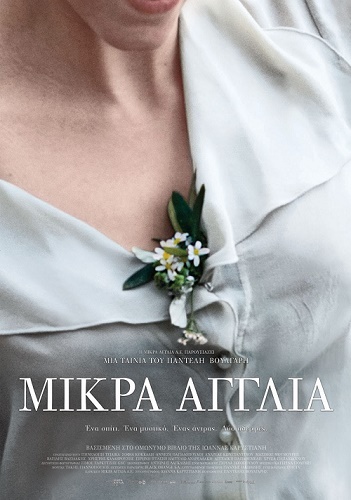 Mikra Anglia, a film by the famous Greek director Pantelis Voulgaris has sold more than 300,000 tickets after five weeks in theaters throughout Greece, as announced by its distribution company Feelgood Entertainment.
It is a huge success for this season’s Greek cinema and also very encouraging to see that people’s interest has not faded at all, even after five weeks in theaters.
Mikra Anglia is a romantic drama filmed entirely on the Greek island of Andros. It is based on a novel of the same name, written by screenwriter Ioanna Karystiani (English translation title “The Jasmine Island”). The film has gained the recognition of the public as well as the critics.
On December 5, The film was released nationwide in over 100 theaters, with box offices showing great results from the start. According to Feelgood Entertainment there has been almost no decline in ticket sales, probably because of people telling one another that it’s a film worth seeing, which has turned out to be the best advertising.
During its fifth week the film was still playing in 70 theaters nationwide, reducing to 60 in week six.