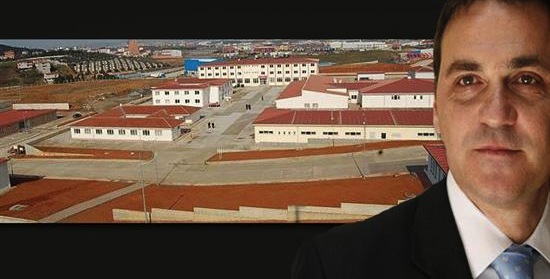 Angelos Filippides, Greece’s former CEO of Hellenic Postbank (TT) has been held in the Turkish prison of Maltepe since Saturday noon. He was arrested on Friday night in a hotel in Taksim Square, Istanbul, on an international warrant, in relation to the Hellenic Postbank fraud case.
Maltepe is in the Asian part of Istanbul and is infamous for its conditions. Foreigners who are about to be deported are commonly incarcerated in the prison which is regularly visited by members of the European Committee for the Prevention of Torture (CPT).
Among the prisoners at the Maltepe facility are many Turkish citizens of Kurdish origin who have been imprisoned as terrorists. Many organizations have complained of torture by Turkish soldiers.
Greek authorities have been searching for Filippides since the beginning of the Postbank scandal. He was tracked down in Istanbul by Greek Anti-Terrorist officers who monitored his mobile phone calls. He faces charges including criminal infidelity and fraud.
Following his arrest, Filippides appeared before a judge in Turkey. The Turkish authorities have approved his extradition to Greece. However, the procedure is dependent on the Greek Ministry of Justice providing all the necessary paperwork, which according to consular authorities could take anywhere between 2 and 40 days.