The First Heart Transplant for 2014 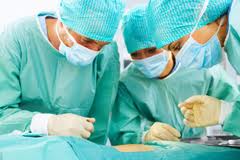 The first heart transplant for the new year was held at the Onassis Cardiac Surgery centre, in Athens, Greece. A 56-year-old patient received the transplant from a donor who was hospitalized in the Intensive Care Unit of Achillopouleio General Hospital in Volos.
The patient was suffering from an end-stage congestive cardiac failure, caused by hypertrophic cardiomyopathy. The doctors reported that the progress of his recovery appears satisfactory.
The transplant program of the Onassis Cardiac Surgery Center has carried out a total of 121 heart transplants. currently,  24 people are on hold, 11 of which have heart assist systems.
Heart transplants in Greece began in 1990. The first transplant took place in Hygeia hospital  but the patient did not survive and died within few hours.
Unfortunately, the availability of transplants in Greece is meager compared to other European countries. However the situation seems to be getting better during the last years, as the offer of transplants has increased since 2002.  In several cases when a  suitable recipient could not be found in Greece, the transplants were given to centers abroad.  At the same time, in 2001 and 2002, a total of 43 transplants were offered to Greece from European countries.
It should be noted that the number of transplants in Greece (about 10 per year) corresponds approximately to one transplant per one million of population. Belgium, Austria, Spain and the U.S. have the best transplant systems yielding high donor rates.