TechNews
GreekReporter.com Ancient Greece Love Like a Greek: The Six Types of Love 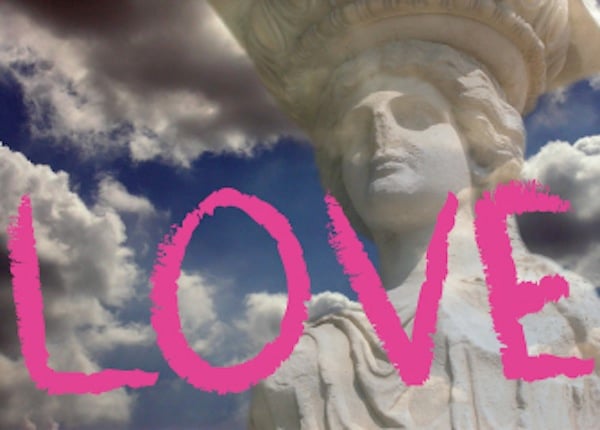 What is love? Surely there is no single answer to this question and this is why the Ancient Greeks had six different words to describe love. Knowing them can change your life.

Looking for an antidote to modern culture’s emphasis on romantic love? Perhaps we can learn from the diverse forms of emotional attachment prized by the ancient Greeks.

Today’s coffee culture has an incredibly sophisticated vocabulary. Would you like a cappuccino, an espresso, a skinny latte, or maybe an iced caramel macchiato?

The ancient Greeks were just as sophisticated in the way they talked about love, recognizing six different varieties. They would have been shocked by our crudeness in using a single word both to whisper “l love you” over a candlelit meal and to casually sign an email “lots of love.”

So what were the six loves known to the Greeks? And how can they inspire us to move beyond our current addiction to romantic love, which has 94 percent of young people hoping—but often failing—to find a unique soul mate who can satisfy all their emotional needs?
1. Eros, or sexual passion
The first kind of love was eros, named after the Greek god of fertility, and it represented the idea of sexual passion and desire. But the Greeks didn’t always think of it as something positive, as we tend to do today. In fact, eros was viewed as a dangerous, fiery, and irrational form of love that could take hold of you and possess you—an attitude shared by many later spiritual thinkers, such as the Christian writer C.S. Lewis.
Eros involved a loss of control that frightened the Greeks. Which is odd, because losing control is precisely what many people now seek in a relationship. Don’t we all hope to fall “madly” in love?
2. Philia, or deep friendship
The second variety of love was philia or friendship, which the Greeks valued far more than the base sexuality of eros. Philia concerned the deep comradely friendship that developed between brothers in arms who had fought side by side on the battlefield. It was about showing loyalty to your friends, sacrificing for them, as well as sharing your emotions with them. (Another kind of philia, sometimes called storge, embodied the love between parents and their children.)
We can all ask ourselves how much of this comradely philia we have in our lives. It’s an important question in an age when we attempt to amass “friends” on Facebook or “followers” on Twitter—achievements that would have hardly impressed the Greeks.

3. Ludus, or playful love
This was the Greeks’ idea of playful love, which referred to the affection between children or young lovers. We’ve all had a taste of it in the flirting and teasing in the early stages of a relationship. But we also live out our ludus when we sit around in a bar bantering and laughing with friends, or when we go out dancing.
Dancing with strangers may be the ultimate ludic activity, almost a playful substitute for sex itself. Social norms may frown on this kind of adult frivolity, but a little more ludus might be just what we need to spice up our love lives.
4. Agape, or love for everyone
The fourth love, and perhaps the most radical, was agape or selfless love. This was a love that you extended to all people, whether family members or distant strangers. Agape was later translated into Latin as caritas, which is the origin of our word “charity.”
C.S. Lewis referred to it as “gift love,” the highest form of Christian love. But it also appears in other religious traditions, such as the idea of mettā or “universal loving kindness” in Theravāda Buddhism.
There is growing evidence that agape is in a dangerous decline in many countries. Empathy levels in the U.S. have declined sharply over the past 40 years, with the steepest fall occurring in the past decade. We urgently need to revive our capacity to care about strangers.
5. Pragma, or longstanding love
Another Greek love was the mature love known as pragma. This was the deep understanding that developed between long-married couples.
Pragma was about making compromises to help the relationship work over time, and showing patience and tolerance.
The psychoanalyst Erich Fromm said that we spend too much energy on “falling in love” and need to learn more how to “stand in love.” Pragma is precisely about standing in love—making an effort to give love rather than just receive it. With about a third of first marriages in the U.S. ending through divorce or separation in the first 10 years, the Greeks would surely think we should bring a serious dose of pragma into our relationships.
6. Philautia, or love of the self
The Greek’s sixth variety of love was philautia or self-love. And the clever Greeks realized there were two types. One was an unhealthy variety associated with narcissism, where you became self-obsessed and focused on personal fame and fortune. A healthier version enhanced your wider capacity to love.
The idea was that if you like yourself and feel secure in yourself, you will have plenty of love to give others (as is reflected in the Buddhist-inspired concept of “self-compassion”). Or, as Aristotle put it, “All friendly feelings for others are an extension of a man’s feelings for himself.”
The ancient Greeks found diverse kinds of love in relationships with a wide range of people—friends, family, spouses, strangers, and even themselves. This contrasts with our typical focus on a single romantic relationship, where we hope to find all the different loves wrapped into a single person or soul mate. The message from the Greeks is to nurture the varieties of love and tap into its many sources. Don’t just seek eros, but cultivate philia by spending more time with old friends, or develop ludus by dancing the night away.
Moreover, we should abandon our obsession with perfection. Don’t expect your partner to offer you all the varieties of love, all of the time (with the danger that you may toss aside a partner who fails to live up to your desires). Recognize that a relationship may begin with plenty of eros and ludus, then evolve toward embodying more pragma or agape.
The diverse Greek system of loves can also provide consolation. By mapping out the extent to which all six loves are present in your life, you might discover you’ve got a lot more love than you had ever imagined—even if you feel an absence of a physical lover.
It’s time we introduced the six varieties of Greek love into our everyday way of speaking and thinking. If the art of coffee deserves its own sophisticated vocabulary, then why not the art of love?

*Roman Krznaric is an Australian cultural thinker and cofounder of The School of Life in London. This article is based on his new book, How Should We Live? Great Ideas from the Past for Everyday Life (BlueBridge). His website is www.romankrznaric.com and he tweets @romankrznaric.