GRNews
GreekReporter.comHollywoodGolden Globes: People and History Behind The Award Show

Golden Globes: People and History Behind The Award Show 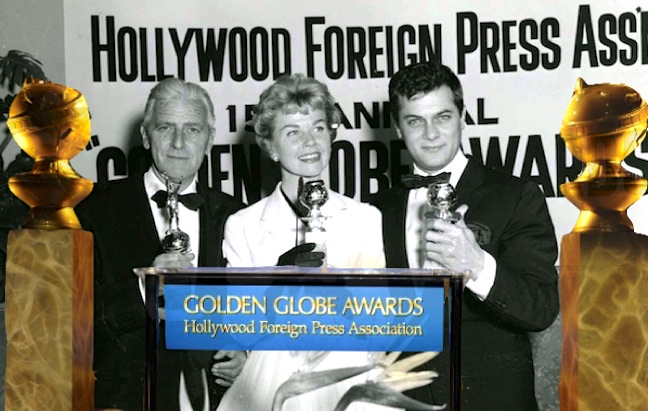 We all know about the Golden Globes i.e. the awards show that attracts a huge audience every year to honor the best in film and television. While most are aware that the Academy of Motion Pictures Arts and Sciences are behind the Oscars, who are the people that make up the Golden Globes?

The Golden Globes began and continue to be run by the Hollywood Foreign Press Association, a non-profit whose origins go as far back as 1943. In order to achieve more recognition with studios and to make it easier to obtain access to stars, foreign journalists, led by a correspondent for Britain’s Daily Mail, formed the Hollywood Foreign Correspondents Association  (it would later become the HFPA).

Watch Silvia Bizio, the Italian correspondent of La Repubblica and one of the most esteemed members of the HFPA talk Golden Globes during last year’s Award Show.

Today, the Hollywood Foreign Press Association (HFPA) is a group of approximately 90 working journalists who cover the U.S. entertainment industry for various outlets, including newspapers and magazines in Europe, Asia, Australia, and Central and South America. HFPA members come from about 55 countries, and their combined readership is more than 250 million. Some of the publications that the journalists write for include England’s Daily Telegraph, France’s Le Figaro, Italy’s L’Espresso,  the China Times, and leading Brazilian web portal UOL as well as the pan-Arabic magazine Kul Al Osra.

A non-profit organization, the Hollywood Foreign Press Association’s annual Golden Globe Awards have donated more than $15 million over the last two decades to entertainment-related charities. They’ve also funded scholarships and other programs for future film and television professionals. In 2012, donations reached a total of $1.2 million that were distributed to 40 different entertainment-related non-profits, institutions and charities.

The First Golden Globe Awards
The organization’s first awards ceremony was in early 1944, which was held at 20th Century Fox. Jennifer Jones was awarded Best Actress for “The Song of Bernadette,” which also won in the Best Film category. Paul Lukas won Best Actor for “Watch on the Rhine.” Rather than given golden trophies, scrolls were presented to the winners.

In 1945, members decided to present winners with a golden globe encircled with a strip of motion picture film mounted on a pedestal.

Related: See the nominations list for the 2014 Golden Globes

Five year later, in 1955, the Golden Globes added television to the list of honors they were handing out. The first Best Television Show nominees were “Dinah Shore,” “Lucy & Desi,” “The American Comedy” and “Davy Crockett (TV miniseries).” The Golden Globes now award twenty-five categories — 14 in film and 11 in television.

One of the most prominent members of the Hollywood Foreign Press Association was Yianni Begakis, a Greek from Constantinople who came to Hollywood in the ’50s and became a Hollywood legend. We had the pleasure of meeting him before he passed away. Below is his last interview, in which he talks about The Golden Globes and old Hollywood.  (Read more about Yanni Begakis here)

Membership
Nowadays, to become an HFPA member, one would need to not only be a working journalist, but also have at least three members of the organization sponsor a candidate for an application to even be considered.  Only five members are accepted every year. Close to 100 members (the number of members never exceeds this amount) have one vote. In order to continue being an active member, each journalist must be accredited by the Motion Picture Association of America and provide proof of their work every year in order to renew an Active status. They can also be given a non-voting, or Affiliate, status.

Active membership requirements include a primary place of residence in Southern California, plus a minimum of four published articles per year. While no list is provided, the HFPA does not put restrictions on where the articles would need to be published.

As the international box office continues to dramatically expand and the studios realized the importance of these foreign journalists, Golden Globes’ prestige keeps on climbing. The Golden Globe Awards are one of the three most-watched award shows on television.

(Joanna Varikos contributed to this report)