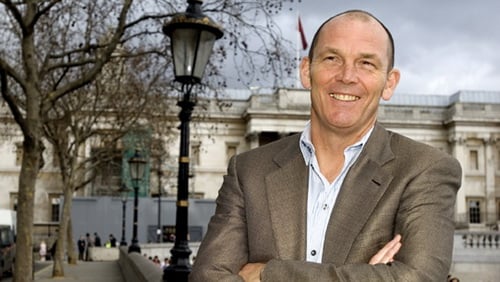 Τhe ex-president of NBCUniversal and Cineflix Studios chief, Peter Smith, has been appointed managing director of the largest Greek broadcasting group Antenna. The company which is owned by billionaire Greek shipping magnate Minos Kyriakou, has brought Smith in as part of a wider plan to expand its presence across south-east Europe.
“Peter Smith is joining Antenna as we embark on the next ambitious stage of our growth strategy,” said Theodoros Kyriakou, CEO of Antenna. “His 25-year track record in film and television will be invaluable as we consider steps to extend our international media operations. Peter will manage our expansion and help us to create or buy in new and exciting digital assets,” he added.
The appointment of Smith comes at a time when the Antenna Group is about to close important deals with PRVA Televizija in Serbia, PRVA Montenegro, Planet TV in Slovenia, while having acquired just last month a group of Romanian television and radio channels from Germany’s ProSiebenSat.1. With offices in several cities around the globe including Amsterdam, New York, Athens and London, the Antenna Group has been investing in TV assets in Eastern Europe for many years, turning them into highly profitable operations. The group’s successful investment strategy follows its turnaround of Nova TV in Bulgaria, which it acquired for $3,6 million in 2000 and sold for $846 million in 2008, one of the highest returns-on-investment ever seen in the European media sector.
“I am looking forward to working with Theo and the team and developing Antenna’s strong presence in television channels, production and digital entertainment,” said Smith. “The group has exciting plans for the future, building on the strategic platform established in recent years.”