Der Spiegel Lashes Out Against Greece 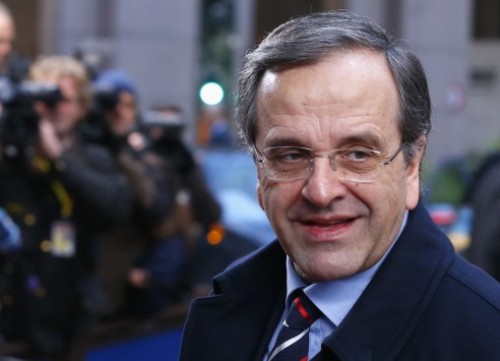 The popular German magazine Der Spiegel, lashes out against Greece, specifically targeting the Prime Minister Antonis Samaras. The magazine refers to the Greek Prime Minister as a “liar” and “out of touch with reality.”
Next to the photograph of Samaras are the words, “The imaginary cured.” The article is a full frontal attack on Greece and characterizes the country as the beggar of Brussels.
Der Spiegel claims that Greece’s fiscal consolidation has been stalled, and that German official Hans-Joachim Fouchtel has been moved to the position of Director General of International Development Cooperation-Hellenic Aid, due to the incompetence of Greek officials in handling the preparations for the country’s European presidency.
The author of the article ponders, “how a member state of the EU and a Eurozone country could be so similar to countries such as Afghanistan or Pakistan and therefore that Greece is not a member state but a failed state.”
The article goes on to suggest that many Brussels officials are convinced that Greece will need further financial support during the next two years. The total estimated amount will be approximately 8-10 billion euros. “Despite these predictions,” continues the article, “Antonis Samaras promises a Greek presidency of hope.”
Last but not least, Der Spiegel doubts whether Greece will ever be able to recover from the problems that it faces, due to poor administration, ineffective justice and incompetent politicians.