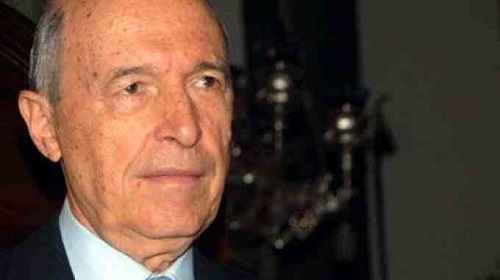 The former Prime Minister of Greece, Kostas Simitis, in an article in the newspaper “To Vima,” comments on the role of Greece in the European crisis and the future of the Euro zone.
Simitis refers to Greece as the “Iphigenia of Europe,” pointing out that the country has been sacrificed for the recovery of the euro zone.
Explaining his position, the former Greek Prime Minister highlighted the paradox of Greek debt. In his opinion it is unsustainable and cannot be reduced to 124% of GDP by 2020, as scheduled by the Greek government and the Troika.
As far as the euro zone is concerned, his views were forthright. In his opinion the European Union can no longer satisfy the needs of its people and that it is becoming more and more dysfunctional. He also claimed that the union is in a “process of transition,” the outcome of which is still unclear.

“The Euro zone is an incomplete economic and monetary union of member-states with different structural characteristics. When the Union was founded, there was no plan for economic governance that would deal with the inequalities between the core and less well developed periphery,” he noted. “The objective is to make the Union a force for the progress of its people. To that end it should aim towards consolidation in economic, social and political terms, while at the same time redefine its goals based on the current condition of the international economy.