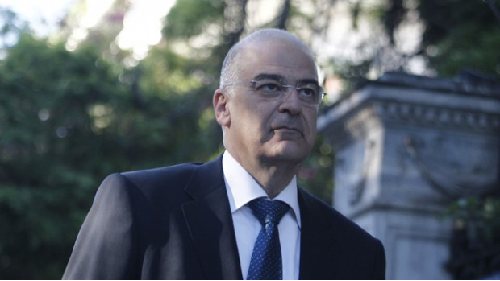 While cautioning the case is far from being solved, Greek Public Order Minister Nikos Dendias said police are reviewing evidence in the Dec. 30, 2013 gunfire assault on the home of German Ambassador in Greece Wolfgang Dold – who said he believed it was designed to upset relations between the two countries as Germany presses for austerity in return for backing international bailouts.
Germany is the biggest contributor to $325 billion in two bailouts that will run out this year, nearly four years after they began, but Chancellor Angela Merkel has demanded big pay cuts, tax hikes and slashed pensions, infuriating Greeks who see her as one of the architects of their misery.
The rescue packages were put together by the Troika of the European Union-International Monetary Fund-European Central Bank (EU-IMF-ECB) and have drawn widespread social unrest for the attached conditions.
Dendias said special police units (ELAS) were poring over evidence gathered at the scene of the ambassador’s house in the neighborhood of Halandri and said they believe it bears the handiwork of Nikos Maziotis, a convicted terrorist leader who has been on the run since the summer of 2012.
“I can assure you that ELAS is not feeling its way in the dark… But that of course is far from saying that we have been able to build a case file,” Dendias said in an interview with Kathimerini, adding that the authorities were also examining findings from the deadly shootings at Golden Dawn’s offices in Neo Iraklio in November.
Dendias denied that Dold’s house was not adequately protected, adding however that ELAS manpower falls short of meeting growing needs. “Because of the particular conditions facing the country over the past six years, the number of potential targets is in the hundreds or even thousands,” he said.
In the same interview, the conservative minister also criticized a judicial decision to release Maziotis and his wife, Panayiota Roupa, both alleged members of Revolutionary Struggle terror group, from jail after spending the maximum 18 months in pretrial detention, calling it a “colossal mistake.”
In a separate interview with Kathimerini, the German envoy said, “Attacks of this kind will not be able to upset Greek-German relations,” adding that it should not affect the nation’s image as a safe destination.
“It seems that some people out there would like to throw the country off track and they deem that the signs of economic recovery do not serve their aim,” he said, adding that Berlin would continue to support Greece’s recovery efforts.