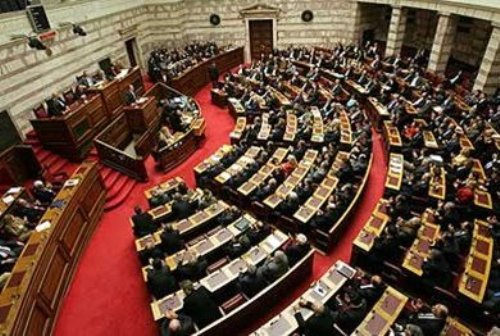 For more than four years, there has been an ongoing investigation over a loan and its distribution by Evrytania A.E. The loan’s guarantor was a former prefecture of Evrytania in central Greece. Head of the firm Evrytania A.E. was a New Democracy MP, Kostas Kontogeorgos. Kontogeorgos and another 18 prefectural officials are facing charges for breach of duty by a prosecutor in Karpenisi.
New Democracy’s MP refused his involvement in any illegal procedures of the loan. As he stated on Friday to Skai television, “There is no issue here, not even ND has made an issue of it. I, myself, asked for the lifting of my parliamentary immunity so that the case could be investigated profoundly and that no shadows will remain over the matter,” Kontogeorgos said, and ruled out the possibility of his resignation.
The prefecture of Evrytania had provided guarantee to Evrytania A.E. for a 4.7 million euro loan from the Greek state. The prosecutors started investigating the matter in 2010. Later, the investigation extended to the allocation of the loan to third parties. The prosecutors also investigated the legitimacy of those transfers.
The loan repayment obligations were never met. Thus, other regional authorities were obliged to cover the repayments of the loan as they were its only guarantor.
New Democracy’s MP underlined that the approval of the loan for the company was unanimous. In 2007, the prefectural administration had decided to grant a loan of 4.7 million euros for the company in order to cover debts to third parties, employees and insurance funds.
The MP also added that he only did his duty and he refused to be affronted as those who undoubtedly have caused losses to the Greek state.
The investigator and prosecutor in Karpenisi decided to forbid the 18 prefectures’ officials, as well as for Kontogeorgos to leave the country.