Greek Museums Will Surprise us in 2014! 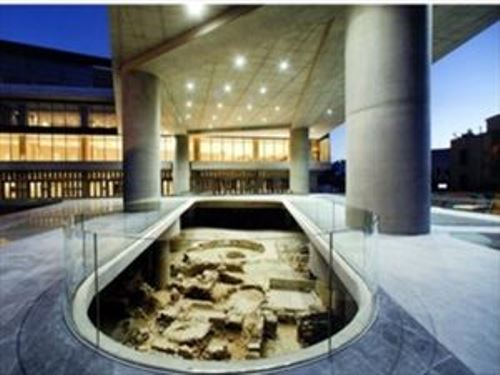 The New Year includes many cultural events and exhibitions at major Greek archaeological museums. Directors of four of the most important museums in Greece have talked about their plans to make 2014 truly memorable.
Acropolis Museum
For 2014, the Acropolis Museum plans three main exhibitions, focusing on the contribution of modern technology in our understanding of the past. The first and most important uses new digital imaging of sculptures in the Parthenon Gallery, with the three-dimensional scanning to restore them as they would have looked in antiquity.
The second exhibition focuses on their previously much more colorful appearance. As highlighted by Professor Dimitris Padermalis, the aim is to better understand the original form of the sculptures.
Finally, the cleaning of the Caryatids will be continued, while the program will be extended to other exhibits.
National Archaeological Museum
The program of the National Museum for the first quarter of 2014, is extensive and varied. The temporary exhibition, “The Antikythera Shipwreck. The ship, the Treasures, the Mechanism,” will be extended. The deputy director of the Museum, George Kakavas emphasized that, “The exhibition had a very strong resonance in Greece and abroad and led to an increase in revenue for the museum of between 45% to 81%.”
Other interesting events will be hosted in response to global or commemorative days.
Numismatic Museum of Athens
Three new exhibitions will be organized at the Numismatic Museum of Athens. The first, “Spiral. Primitive engravings – modern interpretations,” is scheduled to run from February 20 to June 20, 2014. The second, “Money in Latvia, from Amber until the Euro,” will be held in collaboration with the Embassy of Latvia in Greece, from April to September 2014. The third exhibition is planned for March 2014, entitled, “Coins of the kingdom of Bactria.”
Museum of Cycladic Art
The Museum of Cycladic Art will present three new exhibitions in Greece and one abroad. The Director noted that the bronze statue of the goddess Athena from the Archaeological Museum of Florence will once again be accommodated in museum. This will take place during the exhibitions, “ideal forms and beloved – illustrating poems by Cavafis,” and “Iasis: Health, Illness, Treatment in antiquity from Homer to Galen.”
In addition there will be an exhibition entitled, “The Battle of Lepanto,” dedicated to the prestigious Greek artist El Greco.
Source: ANA-MPA