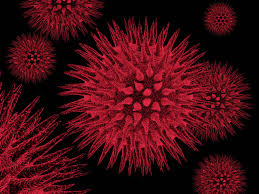 As reported in the Sydney Morning Herald, the excessive use of antibiotics and the consequent developement of super-viruses in Greece threatens public health in Australia.

The article deals with the risk posed to health by the excessive use of antibiotics, a practice which has turned the viruses. ”We’re seeing more and more difficult to treat or impossible totreat bacteria,”said an infectious diseases specialist at Melbourne’s Austin Hospital. ”This ranges from the so-called super bugs to the very common bacteria, E. coli.”

The article explains that the roots of these problems lie in the excessive and unnecessary prescription of antibiotics not only in Australia, but also in the countries that Australian citizens choose for their holidays such as  South America, the Middle East and Greece. According to the experts, the problem is aggravated when it comes to hospital-acquired infections, which are derived mainly from soldiers who have served in Afghanistan and Iraq and from patients who have traveled to Thailand and Greece.

Another major problem is inappropriate prescriptions. According to a survey of the Victorian hospitals, in rural areas and especially in private hospitals, half of the prescriptions are wrong as interns coming out of medical school often don’t have the basic knowledge of prescribing.