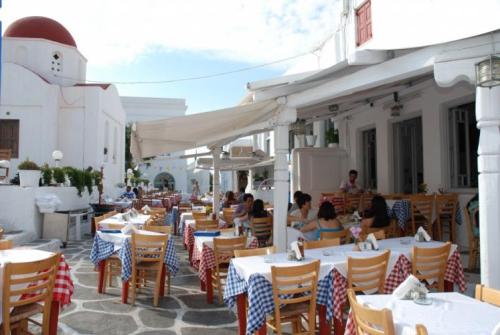 According to a survey entitled, “Nutrition and Economic Recession,” 93 percent of those polled claimed to have reduced the amount of times they eat out in restaurants and taverns.
The poll was carried out by  EKPIZO in collaboration with the Department of Home Economics and Ecology, Harokopio University, Athens, Greece and the results published on Consumer Day, March 15 2013.
Of those polled:
– 55.1 percent have suffered an income reduction
– 44 percent claim that their income is insufficient to cover their daily food requirements
– The basic criteria for choosing the day’s meal is the cost of its ingredients
– The consumption of some ingredients has been reduced due to changes in eating habits as well as their high price. These products include meat (63.7 percent reduction), fish (60.5 percent), patisserie (51.2 percent) and alcohol (48.8 percent)
– The consumption of some foods has increased during the Greek economic recession, rice and potatoes (70.8 percent), legumes (70.8 percent), bread (50.2 percent) and vegetables (46.9 percent).